TW.com Eds: Debate on this article (via Stuff.co.nz was closed due to an increasing number of comments that were unpublishable. Hide once again forgets that his “culture” and his skin colour has given him access to opportunities and networks that would never have been made available to Maori!~(Stuff.co.nz, Rodney Hide) As far as the university was concerned the problem was fixed. But then came the influx of new immigrants. In Walker’s words, “the Asians started to squeeze out Pakeha students”.

When Professor Ranginui Walker rang radio recently to argue the case for increasing the number of Maori in medical training in New Zealand, I hardly expected to finish with the view that too many Pakeha are being allowed to become doctors.

But you can draw no other conclusion. Walker, DCNZM, had called Willie Jackson and I on RadioLive to “put us straight” on the Maori and Pacific Island admission scheme at the University of Auckland. I had been complaining about the two standards of entry to medical school: one for Maori and one for everyone else.

I appreciated him ringing. It was the first time I had heard how the admissions scheme worked. Jackson lapped it up. He considers Auckland University’s policy right and proper. I was more alarmed than ever.

In the past, the medical school restricted entry by creaming off top scholars. The difficulty was few Maori got in.

As Walker explained it, you don’t have to be very smart to be a doctor. “It only takes an IQ of 100 to succeed in medicine. It’s not rocket science.”

That meant the problem of too few Maori doctors could be fixed easily. The university dropped the bar to a B-bursary for Maori. Everyone else needed an A-bursary or better. Once into medical school, though, Maori students had to perform and pass like everyone else. 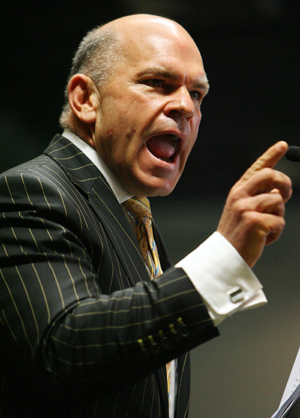 So the university broadened the criteria for selection. They were no longer strictly academic. It counted if students did kapa haka, went to the marae, played sports or practised music.

Walker explained that gave Pakeha students “a bit of an edge over Asian students who are totally, single-mindedly focused on academic excellence and had nothing else to offer the profession”.

The aim was simple: “To get a more representative sample of the population into the profession of medicine.”

The admissions policy also applies to engineering and law.

The aspiration of having more Maori doctors is high and noble. But lurking beneath is something dark and sinister. It’s what makes us recoil from the admissions policy even if we can’t quite put our concern into words.

Applicants to medical school are now no longer individuals with their own personal achievements, abilities and aspirations. They are also a part of a group, defined by colour. They’re brown. They’re white. They’re yellow. The university decided there was too much white. So they dropped the academic bar for brown. They then found the yellow was squeezing out the white. So they introduced touchy-feely criteria to tweak the colour mix.

Dr Hinemoa Elder, who graduated from television to medicine at Auckland University, once described the touchy-feely stuff: “You had to write down things that you were involved in, and about your belief system, about your commitment to medicine as a whole, and your cultural motivation.”

The colour of a student’s skin now counts for entry to medical school, as well as academic record and ability. It shouldn’t.

The legendary George Nepia wasn’t selected for the 1928 All Blacks tour of South Africa. He was left out for a simple reason: he was brown. That was wrong. Maori players first toured South Africa as All Blacks in 1970. They toured as “honorary whites”. That was disgusting.

Auckland University’s policy turns that ideal upside down. Skin colour counts. For Walker, the correct mix of colour is more important than having the best class.

Imagine Walker and his fellow academics selecting the All Blacks. We would have our first-ever Chinese All Black. But who they would drop? And who would they put in? One thing’s for sure: we would no longer have the best team. I guess we’re lucky. They’re selecting only lawyers, doctors and engineers, not the All Blacks.