It has been a long time since I last reported back from the Te Arawa Standing Committee. Aroha mai. Been a bit busy moving and tamariki and bills – ah enough about my dramas.

Today we met at the Rotorua District Council to convene our 6 weekly hui of the Standing Committee and while I will upload a more comprehensive report tomorrow, do want to take a second to say something about the how the democracy of the many becomes the tyranny over a few.

It came up today when a question was asked whether hapu who would be affected by a major roading decision had been invited to attend a Mayoral meeting on the issue. Casually we were told no. Coldly we were told that there was no obligation to talk to families who could be dispossessed of their lands and marched from their homes. I remember my old people talking about this type of arrogant attitude and the Public Works Act, against which they had no power back then.

Well, in our estimation, those colonial days are gone and those colonising attitudes are out too but how do we overturn 100+ years of monocultural rule with councils who think they own everything?

The new CCO is another case in point where we were told that after the Chair and 4 Directors had been appointed, that there was now space for 2 iwi directors. While others applauded the acknowledgement, it stuck out to me that most of the resources this new Council Controlled Organisation (CCO) belong to Maori – geothermal, forests, the lakes, Maori land – which to me says we deserve 4 Directors and perhaps even the Chair. Try and say that in front of Council and I get shot. Saying in front of our people and they seem to agree. So then, why do we always have to compromise to them?

I guess that’s why I’m on this committee ey. To ask dumb questions, to learn hard lessons but ultimately, to speak up and report back to Te Arawa. Oh well, will upload He Au Whakaaro in the morning. Moe now.

He Iti. He Pounamu. 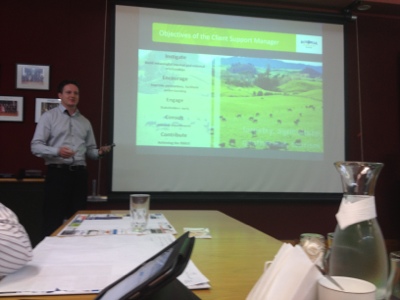