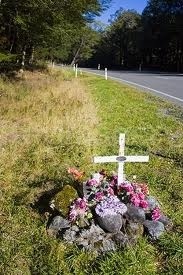 John Tamihere knows first-hand the risks of driving to and from a tangi.

The RadioLive host has only been involved in two crashes in his life – and both happened while grieving for loved ones.

Since last July at least eight people have been killed on the roads before or after attending a tangi or funeral.

It prompted a call from chief coroner Neil MacLean to investigate whether there was correlation between tangi and road crashes.

“It’s probably something that we should look at and possibly talk to someone in Maoridom about it,” said MacLean.

“Just to see whether there are any lessons that might be apparent.”

Long travelling distances to family marae, and the Maori protocols around remaining awake and with their loved one’s bodies as they lay in state, were possible explanations for the grim toll.

They were returning from their aunty Jackie August’s tangi. Family members, already reeling from the first death, had to contend with two more tangi in less than a week.

Survivor Tom Kupa – also a relative – is recovering in Tauranga Hospital. He’s regained consciousness and is talking, but his father Paul hasn’t yet been able to bring himself to speak of the tragedy.

“Everybody is dodging that subject,” said Paul. “We just want him to heal at the moment until the police are ready to talk to him. It’s better coming from the police rather than us.”

Recounting his own crashes, broadcaster Tamihere said the first occurred after a tangi when he pulled his car over on a narrow and remote Coromandel road to let a cousin pass in the other direction. The road edge crumbled away and his truck crashed into the ravine below.

“The second was when my son had worked a late shift and I was to meet him in Thames going to a tangi and he fell asleep at the wheel coming to meet me. He ran into a farm paddock.” Thankfully nobody had been killed. But Tamihere said that the urbanisation of Maori was one possible reason for the crashes.

“Often they’ll knock off work then travel eight hours down the coast and they’ll pay their respects,” said Tamihere.

“You have to go out the back and work. You have to get on the taumata [orator’s bench] and support the speakers.

“You’re not going home for a rest, you’re going home to fulfil your cultural obligations and to back up the skeleton crew that is always there because they’re the ones that are at home. You then jump in your vehicle to get back to work on Monday.”

Government agencies don’t keep account of deaths around tangi or funerals, but a search of newspaper clippings made for grim reading.

August 16: Shadrach Donaldson, 40, hit by two trucks as he stood on SH1 after tangi, near Foxton.

February 8: Mariana Parata, 35, passenger in a van that went off road after tangi, Marton.

January 12: Kirihaehae Kukutai, 27, run over on road after tangi, Tuakau.