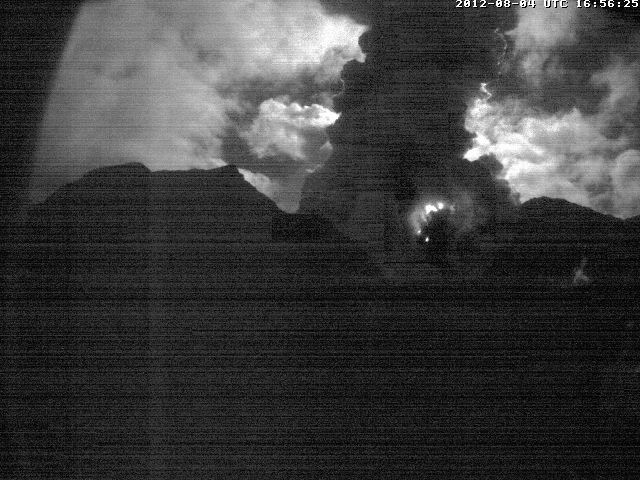 (TVNZ) A continuing eruption from New Zealand’s most active cone volcano is causing ash to fall on the mainland of Bay of Plenty.

White Island, which lies 48 kilometres off the Bay of Plenty coast, was raised to a Volcanic Alert Level 2 after a surveillance camera captured a small eruption from its crater on Sunday.

GNS Scientists visited the island this morning and confirmed the volcano was still erupting with a 300 metre plume of ash spewing from the crater.

This afternoon there have been reports of ash falling on Papamoa, which is on the coast near Tauranga.

“It is extremely fine, but it’s visible on cars,” said Carol Congalton.

GNS scientist Brad Scott said “A relatively new vent seems to have formed at the back of the crater lake and it’s a very open vent and volcanic ash has been emitted from that.”

The volcano’s first ash eruption since 2001 poses the highest level of risk for visitors to the island, GNS said, but it is not a threat to the mainland.

GNS advises visitors to take a high level of caution, with possible health risks including ash and acid gas exposure, respiratory issues, and skin and eye sensitivity to acid gases.

Scientists said the eruption could last a few days or weeks, or like the last one, which erupted for 25 years.