Parts of SH 46 were closed briefly after loose ash and debris washed down the northern slopes of the volcano, as a front of heavy rain sweeps over the North Island.

GeoNet Vulcanologist Graham Leonard said any mudflow on a volcano was considered a lahar, but stressed that today’s mudslides had been expected, and there had not been another “eruptive event”.

“It’s quite a common occurrence.”

Taupo Civil Defence manager Phil Parker said it was a “normal road event” unrelated to the volcano, and they would continue to monitor the road.

Mt Tongariro erupted for the first time in 100 years on Monday night, sending ash and rock a kilometre into the air, prompting a potential threat warning for central North Island regions.

Today, the alert level for the volcano is at level two, with five the highest.

A GeoNet update from 7.30am this morning said activity remained “weak”. 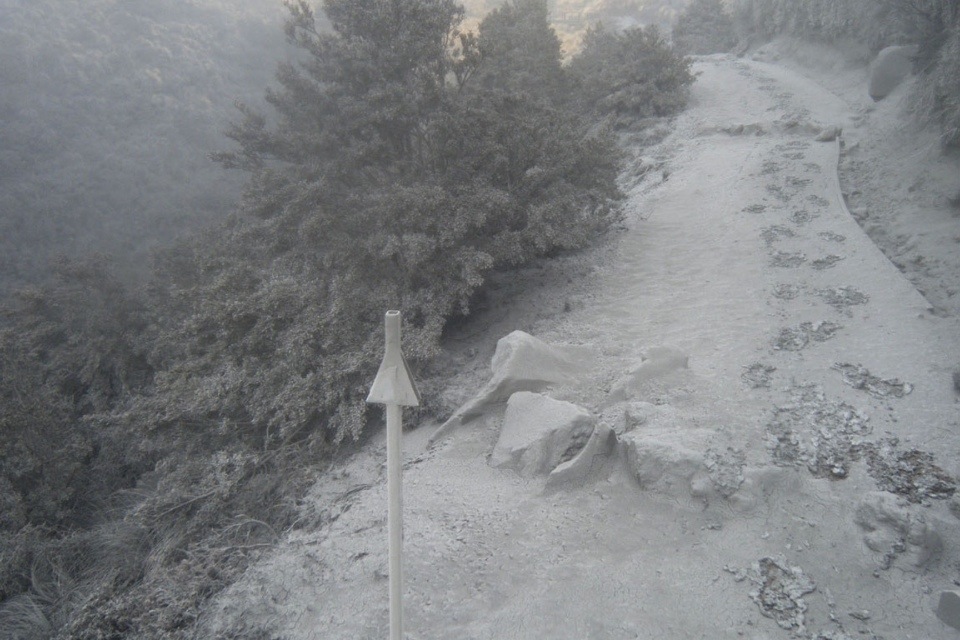