(stuff.co.nz) A map showing danger zones around Mt Tongariro in the event of another eruption has been released.

The new map created by GNS Science and Massey University described the “volcanic phenomena” that might be experienced during an eruption of Mt Tongariro as part of the current unrest episode.

It is designed to highlight the most hazardous areas which should be avoided in an eruption.

The map marks out the areas most at risk from flying hot rocks and explosions, and those at risk from mud, hot ash and lava flows. The area crosses State Highway 46 and spreads into Lake Rotoaira.

The map has prompted warnings for people driving along the highway not to stop their vehicles within the hazard area.

The alert level for the volcano is at level two, with five the highest.

GeoNet vulcanologist Graham Leonard said any mudflow on a volcano was considered a lahar, but stressed that yesterday’s mudslides had been expected.

There had not been another “eruptive event”, he said. “It’s quite a common occurrence.”

Taupo Civil Defence manager Phil Parker said it was a “normal road event” unrelated to the volcano, and they would continue to monitor the road.

Mt Tongariro erupted for the first time in 100 years last week, sending ash and rock a kilometre into the air. 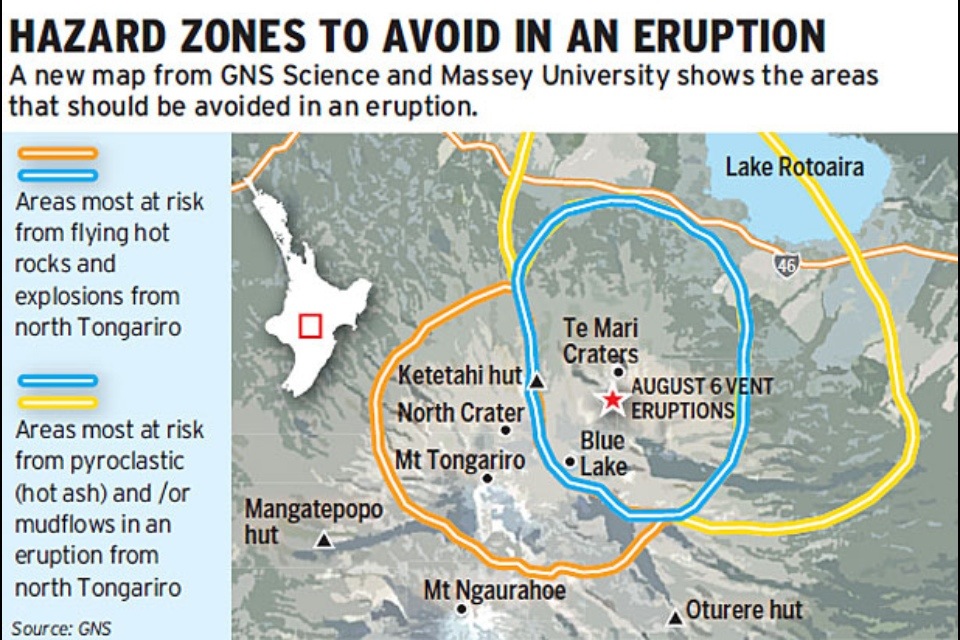