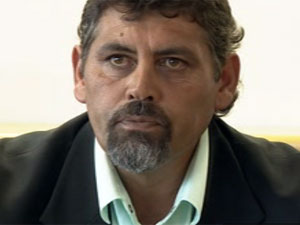 Learning a second language at school is just as important as maths and English, according to the chairman of the Maori Statutory Board.

David Taipari’s comments follow a recommendation that the Maori language should be compulsory in all Auckland schools.

The suggestion is part of a raft of changes the Maori Statutory Board want to see in New Zealand’s biggest city that could cost more than $30 million a year.

Taipari told TV ONE’s Breakfast he disagreed with Auckland Mayor Len Brown’s claim that mathematics and English are probably more important to learn than another language.

“I don’t think people agree with him really, because even the Trade Minister, Tim Groser, said in April that people need to learn Maori, two languages, in order to deal with international trade.

“Kings College has certainly taken the step by making te reo compulsory and obviously they’ve got a clearer idea I would have thought than Len and I about the skills that young boys and men need to be leaders of our country.”

Groser has previously advocated the compulsory study of Maori language for every child over five years of age.

“What I think should happen is that you introduce very young children from New Zealand to the idea of biculturalism and more than one language, and then they will be able to learn other languages as their personal circumstances fit,” he said in April.

Taipari said the move was “inclusive” and would benefit all Auckland children, not just Maori.

Taipari said making Maori mandatory in schools was a request from the wider Maori community, not from the report’s authors.

“That’s what the people said they wanted,” said Taipari.

“It wasn’t the board that said we want to make it compulsory, it was the feedback from all the huis we attended and the research we did.”

Taipari told Breakfast that New Zealanders need to get used to Maori standing up and saying what they need.

“I’ve heard people say we don’t know what Maori want and so here’s a time where we are trying to be clear in that direction.”

Taipari admits the raft of suggestions in the Maori Plan, along with its $29.5 million per year budget, might be hard to sell to some ratepayers.

“I accept that and Maori are ratepayers so let’s not forget that. I think it should be more than that.

The Maori Plan is the first report to be published by the Independent Maori Statutory Board since it was established two years ago when the Auckland City Council was introduced.

Brown said yesterday that he would not confirm if the recommendation would be brought to life, and that he was happy with the prevalence of the Maori language in Auckland’s schools.