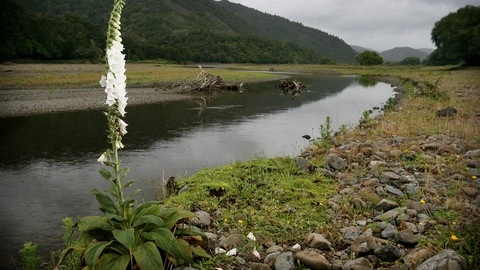 (NZHerald) The Urewera National Park will be given its own legal identity under a new settlement between Tuhoe and the Crown.

Tuhoe has reached an agreement with the Crown for a $170 million settlement of historic grievances.

That puts it up there among the largest settlements to date, with Tainui’s and Ngai Tahu’s settlements both worth $170 million, but in the mid-1990s.

The agreement will see the Urewera National Park given its own legal identity and managed by a governance board with equal numbers of Tuhoe and the Crown.

Decision will be by consensus, meaning that both parties will have a veto right. Public access would be guaranteed on the same access as now.

Both parties have registered their interest in getting the park recognised by UNESCO as having unique values.

Mr Finlayson said it was ”a huge significant settlement” and some of the breaches against Tuhoe were the most severe.

“Huge areas of the iwi’s land were wrongly confiscated and more purchased unjustly.

“Military campaigns against Tuhoe prisoners and civilians were described even at the time as ‘extermination’ and the Crown employed a scorched earth policy in Tuhoe settlements in the Te Urewera.”

Mr Finlayson said one aspect of the settlement described as ”mana motuhake redress” would address improved relationships between the Crown and Tuhoe and the delivery of social services.

The parties will spend the next 12 weeks drafting a deed of settlement with the aim of it being signed in December and passed in legislation next year.

Mr Kruger said it was a good offer and something he thought would be acceptable to Tuhoe.

“One of the things it attempts to do is solve the disconnection over the last 100 or so years between Tuhoe and Te Urewera and this is a lot more real than symbolism.”

“These settlements don’t necessarily represent an answer but rather a means by which each every iwi moves on and creates their own wealth and their own sense of security.”

He said the offer was considered to be ”a great leap forward which will allow Tuhoe to find mana motuhake and to find and secure that connection between themselves and Te Urewera.”

Mr Kruger said the plan was a 40-year programme with five-yearly reviews.

Ngai Tuhoe numbered about 35,000 and was the six largest iwi he believed. About 20 per cent of Tuhoe lived in the tribe’s rohe.

The chief negotiators for the Crown was former diplomat John Wood and he was assisted by former Prime Minister Jim Bolger, Mr Finlayson said.

Ngati Kahungunu will go to court over water claim

1 thought on “Tuhoe $170m settlement a step towards mana motuhake”