Mana Party co-leader, Annette Skyes, made the point that people should learn where the term “House Nigger” was derived, so we thought we’d put together some info to assist. The great civil rights leader, Malcolm X spoke about in many years ago, some of this is detailed in the video clip above.

The extended speech is below: 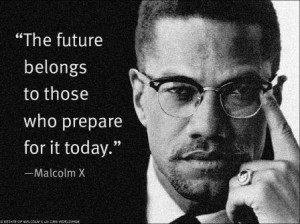 Where is there a better house than this? Where can I wear better clothes than this? Where can I eat better food than this?” There was that house negro. In those days, he was called a house nigger. And that’s what we call him today, because we still got some house niggers runnin around here. This modern house negro loves his master. He wants to live near him. He’ll pay three times as much as the house is worth just to live near his master, and then brag about “I’m the only negro out here. I’m the only one on my job. I’m the only one in this school.” “You’re nothing but a house negro. And if someone come to you right now and say “Let’s separate.”, you say the same thing that the house negro said on the plantation.

“What you mean separate? From America? This good white land? Where you gonna get a better job than you get here? I mean, this is what you say! “I di-I ain’t left nothing in Africa” That’s what you say.

“Why, you left your mind in Africa”. On that same plantation, there was the field negro. The field negro, those were the masses. There was always more negros in the field as there were negros in the house. There negro in the field caught hell. He ate leftovers. In the house, they ate high up on the hog. The negro in the field didn’t get nothing but what was left in the insides of the hog. They call them chit’lins nowaday. In those days, they called them what they were, guts! That’s what you were, a guteater. And some of you are still guteaters.

He didn’t say “Where we going?” he said “Any place is better than here”. We got field negros in America today. I’m a field negro. The masses are the field negros.

Imagine a negro, “Our Government”. I even heard one say “Our astronauts.” They won’t even let him near the plant, and “Our astronauts”. “Our neighbors” That’s a negro that’s out of his mind. That’s a negro that’s out of his mind! Just cause the slave master in that day, used Tom, to keep the field negroes in check. The same ol slavemaster today has negros who are nothing but modern Uncle Toms. 20th century Uncle Toms to keep you and me in check. Keep us under control. Keep us passive and peaceful. And nonviolent. That’s Tom making you nonviolent. It’s like when you go to the dentist and the man is going to take your tooth. You’re going to fight him when he start pulling. So they squirt some stuff in your jaw called novocane, to make you think their not doing anything to you. So you sit there and because you got all that novocane in your jaw, you suffer peacefully. Hahahaha. There’s nothing in our book, the Quran, as you call it, Koran, that teaches us to suffer peacefully. Our religion teaches us to be intelligent.

Be peaceful. Be courteuos. Obey the law. Respect everyone. But if someone puts his hand on you, send him to the cemetery! That’s a good religion. In fact, that’s that old-time religion. That’s the one that ma and pa used to talk about. An eye for an eye and a tooth for a tooth and a head for a head and a life for a life.

That’s a good religion. And doesn’t anybody, no one resist that kind of religion being taught but a wolf who intends to make you his meal. This is the way it is with the white man in America. He’s a wolf and you’re his sheep. Anytime a shepherd, a pastor, teach you and me not to run from the white man, and at the same time teach us don’t fight the white man, he’s a traitor, to you and me. Don’t lay down our life all by itself, no, preserve your life. It’s the best thing you got. And if you got to give it up, let it be Even Steven.