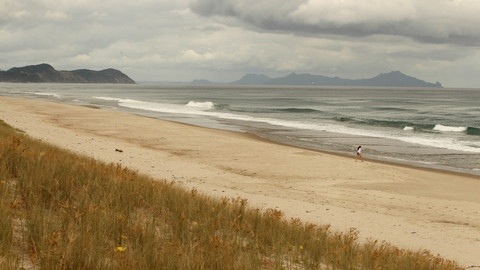 A United States financier has joined Northland Maori to develop a controversial coastal strip into luxury housing and an international golf course.

Los Angeles-based Ric Kayne and his wife, Suzanne, have struck a deal with Northland’s Te Uri o Hau to build the course on part of a 616ha forest estate by the beautiful Te Arai Beach.

A 45-lot housing development, with no buildings visible from the beach, recreational facilities and a possible coastal reserve are also planned.

But the Te Arai Beach Preservation Society has been fighting to protect the area and said the local community was “stunned” that consents were issued on a non-notified basis to allow the golf course to go ahead.

“Te Arai is the last untouched ocean beach in the Auckland region, home to eight native shorebird species, five of which are endangered, one is New Zealand’s rarest bird – the fairy tern.

“Coastal development threatens landscapes and eco-systems throughout New Zealand. Our coastline’s natural character is being eroded by rampant development,” the society said.

Te Uri chief executive Deborah Harding said a conservation trust would be established to boost resources for the protection of endangered shorebirds.

In 2002, the hapu got the land as part of a Treaty settlement and it has negotiated to sell 230ha of the forest to Mr Kayne. The statement from the two parties said the Overseas Investment Office had approved the sale, subject to certain conditions including extensive replanting and the trust’s establishment to fund increased surveillance and protection for nesting shorebirds in the adjoining dunes and beach area.

“Both those ocean-front courses rate in the top 100 in the world – a spectacular achievement for a small country – and they attract wealthy golf tourists to New Zealand with many flow-on benefits to the country,” Mr Kayne said.

He said they intended to take a similar approach to Peter Cooper’s Mountain Landing waterfront development in the Bay of Islands, where hundreds of thousands of native trees had been planted and wetlands restored.