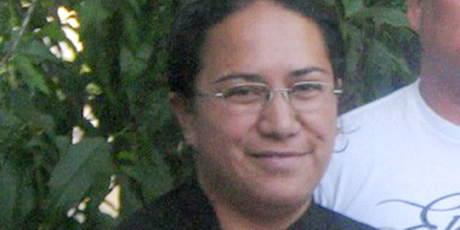 A mum doing all the right things was tragically killed yesterday in what officials are calling the worst crash this Labour Day weekend.

Serena Smith, 33, a mother of four acting as a sober driver, had just dropped her partner at a concert on Saturday night when her van and a Ford Explorer collided head on.

Her uncle, Jack Tomoana, said she left behind a son aged 10, three daughters aged 8, 5, and 3 and her partner Trevor.

Yesterday, friends and family of Serena Smith remembered her as a gentle, caring woman who was always smiling.

She had previously been in the Navy and recently started training to be a teacher, he said.

She had been on her way home to the small community of Whatatutu when the accident happened on State Highway 2, about 9.15pm, south of Te Karaka township.

The Ford Explorer burst into flames and the three passengers died. The 59-year-old driver suffered only moderate injuries. Police believed alcohol was a factor in the crash. The four, believed to be members of a Putaruru family, were en route to Gisborne to visit relatives.

Passersby tried desperately to free the passengers, but were not able to release their seat belts.

When Ms Smith’s family learned of her death, there was a desperate search to find her partner at the concert venue. Everyone was still in shock and were gathering from around New Zealand and Australia, Mr Tomoana said.

“The two older ones [children] know the circumstances and they shed a few tears last night,” he said.

One of Ms Smith’s friends, Vanessa Falanitama, described her as an amazing person who would give anything to anybody. “She’s going to be really missed, especially by all of us [in Whatatutu]. Everyone’s related.”

The driver of the Ford Explorer was taken to Gisborne Hospital and put in an induced coma. His condition was described as stable. Senior Sergeant Moera Brown, of Gisborne, said the victims had a large extended family in various parts of the North Island who were in a “state of shock”.

He believed alcohol played a significant role in the tragedy.

Automobile Association spokesman Dylan Thomsen called the holiday toll horrific. “Indications seem to be at least one or two of them people weren’t wearing seatbelts. That’s just an unbelievable tragedy.”

The toll also includes a 62-year-old man killed on Tucker Beach Rd, near Queenstown, on Saturday; a pregnant 24-year-old woman killed that day in a smash near Washdyke, north of Timaru; and Annalese Bacon, 17, killed at Reporoa on Friday night.