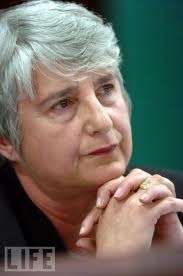 Her comments during the Supreme Court hearing of the Maori Council’s final bid to halt the Mighty River Power sale later this year have heartened the council, whose case was comprehensively rejected by Justice Ronald Young in the High Court late last year.

At the heart of the council’s case is the claim that the sale of up to 49 per cent of shares in Mighty River Power and other hydro and geothermal electricity generators will compromise the Government’s ability to compensate for any successful Maori freshwater claims.

In the hearing before Dame Sian, Justice Sir John McGrath, Justice Sir William Young, Justice Robert Chambers and Justice Susan Glazebrook, David Goddard, QC, yesterday detailed the reasoning behind the Crown’s view that the sale of shares would not affect its ability to make redress.

Mr Goddard said the Crown had conducted “extensive consultation” with Maori over the “shares plus” suggestion made by the Waitangi Tribunal which would give Maori shares in the power companies with additional decision-making rights as a possible means of redress.

Neither the Government nor Maori were positive about that suggestion and it was abandoned, but the consultation also sought alternative suggestions.

Mr Goddard said the council had failed to identify an alternative which showed “all forms of rights recognition and redress which are meaningful which respond to the claims made remain on the table and are not materially affected as to the availability or likelihood by the proposed partial share sales”.

But Dame Sian herself had raised possible alternatives during the hearing. She said the court was “interested in practical steps that could be taken” to protect future settlements “because that may reflect on whether the Crown is actually in conformity” with provisions in the State Owned Enterprises Act and the new Mixed Ownership Model Act that set out the Government’s Treaty obligations.

She observed that many Waitangi water claims had been around for a long time without resolution “and while issues such as ownership or proprietary interests are parked, more and more interests affecting third parties arise which must inevitably provide an impediment to direct response”.

Colin Carruthers, QC, for the Maori Council said that the Crown would face “an obvious and significant impairment” in any attempt to involve Maori in the exploitation of the rivers following the sale of shares to “thousands of mums and dads”.

Maori Council lawyer Donna Hall said the court appeared to be more willing to listen to the council’s arguments with an open mind than the High Court’s Justice Young had been.

She said the proposition that the sale of shares to private investors would affect the Crown’s ability to provide redress was “a matter of practical reality”.

The Government hopes to receive the court’s decision before February 18 in order to meet its timetable to sell Mighty River shares before June.

2 thoughts on “Chief Justice’s views give hope to Maori”