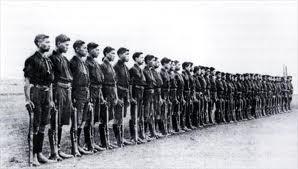 A year-long viability study into whether to reopen two Anglican Maori boarding schools is under way.

John Fairbrother, chairman of St Stephen’s and Queen Victoria School’s Trust Board, said that in the past three years, the board had focused on clearing debt from its books.

He declined to identify a figure but said it was now in a position to focus fully on the church being involved in Maori education in the region again.

What form that took would be clearer after a report due in November from a four-member feasibility working group. It included educationists and Mana Party leader Hone Harawira.

The group is tasked with looking at whether the school sites are still suitable, alternative locations and educational models.

Mr Fairbrother said he was excited about the work. “What we’re seeking to do is to find the best way of becoming a provider of education for young Maori.

“What that will look like, that’s why we’ve got the feasibility study. At the moment it’s a blank slate.”

Former pupils had been pushing for a reopening since the doors were shut and would be consulted.

“The board is acutely aware of the interest of alumni and others for getting something cranked up and running in a serious way.”

About 60 per cent of the trust board’s assets are tied up in the properties. St Stephen’s has been used by the Fire Service, police and army for training purposes but also had a problem with vandalism.

Tai Tokerau Bishop Kito Pikaahu said the church had always had an educational mission. It was important to be mindful that any new institution couldn’t live in the past.

“There’s a single word – excellence – that is what this is about.”