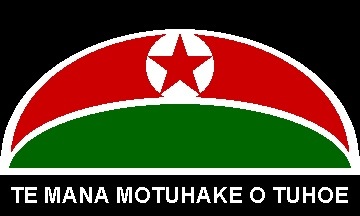 A ceremony marking the next step in finalising a compensation settlement between North Island iwi and the Crown has taken place in Parliament today.

Leaders of the tribe have initialed a settlement deed that will see Tuhoe receive $170 million in redress and co-governance rights over the Urewera National Park.

The Treaty settlement, one of the biggest in New Zealand’s history, will go back to Tuhoe for ratification before being passed as legislation.

Treaty Negotiations Minister Chris Finlayson said the agreement reflected the serious nature of the breaches by the Crown.

“Large scale confiscation of the best agricultural land, brutal military campaigns targeting Tuhoe settlements, and later unjust land purchases are all Crown behaviour that has made a harmonious relationship with Tuhoe impossible.

“Tuhoe’s history shows clearly why it is so important to settle genuine historical Treaty grievances.”

Tuhoe chief negotiator Tamati Kruger said the settlement was foundation for a new and positive relationship between both parties.

“[The settlement will] give us the opportunity to make choices about our people and our communities that have not previously been possible.”

Kruger said if one part of the redress stood out more than others, it was the recognition given to Te Urewera.

“The settlement recognises this complexity and provides a framework for those values to be expressed.”