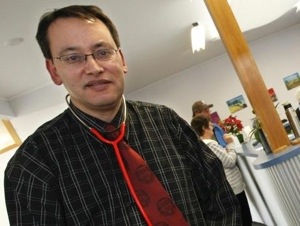 (Mike Dinsdale, NZHerald) Former Whangarei doctor Shane Reti will be scouring the A&Es of five Boston hospitals today, looking for injured Kiwis in the wake of the bomb blasts that killed three and left more than 130 injured.

Dr Reti, who has been in Boston for six years, has been mandated by the New Zealand Embassy in the US to accompany the consul-general around the five Boston hospitals which took the injured from the blast site to see if any of them are New Zealanders.

About 30 minutes later (2.50pm Boston time/6.50am NZ time) two explosions ripped through bystanders near the finish line – metres from where he had been.

Oblivious to the chaos unfolding, the doctor began walking to work at Beth Israel Deaconess Hospital and Harvard Medical School, just 1.5km from the bomb scene.

He initially thought nothing of the emergency service sirens – just a regular soundtrack of the city.

He realised something was very wrong when he saw a heavy police presence and was ordered by cops to “stay away from the garbage cans” as they combed the area for more explosives moments after the blast.

“It was really odd. As I came towards work people were still running the marathon and there were quite a few police around. I was waiting for a gap in the runners so I could cross the road, but the police shouted to me and a couple of others to ‘stay away from the garbage cans’. I thought that was a bit aggressive, but now I know why,” he said.

“I didn’t know something had happened just 20 minutes or so earlier.

“People were still clapping as the runners went passed, but then there were just police everywhere and everybody was looking pretty glum.

Beth Israel Deaconess Hospital immediately activated its Emergency Command Centre to treat some of those injured in the bomb blasts, but Dr Reti was not needed to help with that aspect of the emergency.

Dr Reti said as he left the hospital at 9pm Boston time (1pm NZ time) the streets were empty apart from “a significant number of police”.

He was contacted by the consul-general hours later to help find New Zealanders who may have been injured during the blasts.

Dr Reti said he, wife Christine, and daughter Angela had all received numerous messages from their friends in Northland and around the world after news of the bomb blasts emerged.

New Zealanders with concerns about family or friends in Boston should attempt to make contact with them directly. If they require further assistance they should call the Ministry of Foreign Affairs and Trade’s Consular Division on 04 439 8000 and ask to speak to a consular adviser.