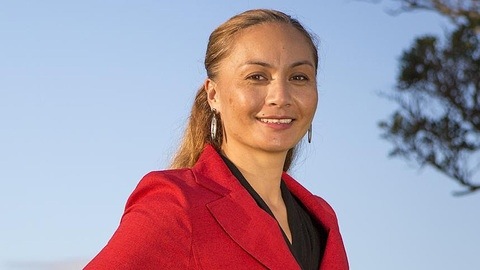 Mother of six Ms Davidson is currently working for the Owen Glenn Inquiry into family violence and child abuse.

“I am standing for Ikaroa-Rawhiti to continue my kaupapa Maori passion for social justice and protecting our environment,” Ms Davidson said in a statement.

“I want to give Ikaroa-Rawhiti voters a real choice on the big issues that matter in the electorate. We need to ensure Maori decide on whether oil drilling happens in our rohe and work on creating sustainable jobs that pay our people a living wage.

Daughter of actor Rawiri Paratene, Ms Davidson said she had been an educator, advocate and activist “following in the footsteps of my parents and their commitment to the revitalisation of Te Reo Maori in the 1970s”.

Greens Co-leader Metiria Turei said she was “humbled and excited that someone with Marama’s standing in the Maori community was prepared to put her name forward to represent the Green Party in Ikaroa-Rawhiti”.

Marama has a strong following across the electorate and we are looking forward to supporting her campaign that offers Ikaroa-Rawhiti voters the opportunity to have a woman represent them in Parliament.”