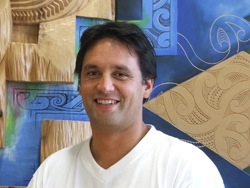 (Radio NZ) A Ngati Pukenga academic working at the University of Alberta says a highlight of his time in Canada has been helping First Nations people stand up for their indigenous rights.
Dr Brendan Hokowhitu arrived in Alberta’s provincial capital, Edmonton, at the beginning of the year, to run the Native Studies faculty.

He is the first Maori academic to lead an indigenous studies faculty in Canada.

Dr Hokowhitu said native people in Alberta are starting to stand up for themselves in ways similar to those used by the early Maori protest movements more than 30 years ago.
He said he was fortunate to arrive in the country when one of the most significant indigenous protest movements in Canada, called Idle No More, had just started and was gaining momentum.

Dr Hokowhitu said native people in Canada are starting to challenge the federal government about a lack of consultation over big decisions affecting their tribal areas.