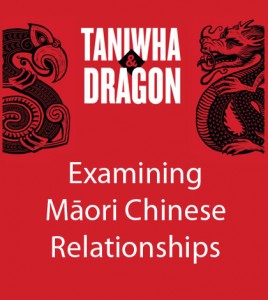 (NZ Herald, by Mai Chen) I had a glimpse of the future last weekend at the Taniwha Dragon conference held by Maori Affairs Minister Pita Sharples, which linked the similarities between the Maori and Chinese cultures with doing more business and trade together.

Significantly this happened in the same week that Statistics NZ revealed that in the March quarter, China became NZ’s top export market ($2.3 billion) for the first time, overtaking Australia ($2.2 billion), and it is all the more meaningful as both the Prime Minister’s and Dr Sharples’ recent delegations to China included more Maori than ever before.

Dr Ranginui Walker calls it the reintegration of two great cultures – Maori and Chinese are connected through DNA sequences that can be traced back more than 4000 years to the indigenous peoples in Taiwan.

Maori increasingly have assets needing investment and development – Berl estimates the wealth of the Maori economy at almost $40 billion. Auckland in particular is having an influx of Chinese with money to invest and expertise to help develop assets and business.

So mutual self-interest appears to be present for the transaction of more business between Maori and Asians.

The question is, however, does the fact that almost half of the Auckland population will have cultural synergies by 2021 result in more business being transacted?

Maori also find it hard to know what the Chinese consider to be of value; for example, fish heads and eyes are of value in China whereas they are a waste by-product in New Zealand, and language issues are always a challenge – What are they saying? What do they mean when they say “yes”?

But Chinese do not do business with strangers, only friends, and it is easier to make friends with those of similar cultural backgrounds. Maori and Chinese tell me that they find greater sympathy for cultural differences with each other than when they are dealing with non-Maori or non-Asian New Zealanders.

Thus, Maori may end up driving and leading our relationship with Chinese and this is already beginning to happen. Examples include:

For Maori, doing business with Asians changes the focus in the post-settlement phase away from the Crown, which has been their centre of attention during the claims process.

It will mean there are more Maori learning Mandarin and Chinese culture, while more Chinese will learn te reo Maori and about Maori culture. There may also be constitutional and electoral implications as the two cultures flex their muscles together as a significant voting bloc in this country.

We need to change the way we view Maori and Chinese in terms of business, wealth and power. Both groups are becoming more powerful. Combined, that will only be more so. A fresh look is needed.