The Delamere Cup Kapahaka Competition is a Maori Performing Arts Competition held in Opotiki between Primary Schools in the Opotiki District, from Whangaparaoa in the east to Waimana and Matahi in the west. 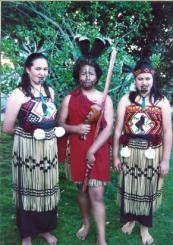 Each year the event takes place at the Opotiki College Hall. This year it will be held on Friday 27 September and Saturday 28,September.

There are three sections, the Senior Delamere Cup Section, the Novice and the Pipi Section.

There are approximately 25 teams competing this years.

The Delamere Cup has been one of the longest Kapahaka competitions for primary school aged children in the country commencing in 1961.

This competition has been the foundation for successful secondary school pupils and adult performers who have competed in the National Kapahaka Performing Arts Competition now known as Te Matatini.

I stand proud as a tutor, parent, past performer of the Secretary/ Treasurer of the Delamere Cup Committee welcoming you all whanau and friends to our prestigious competition