(RadioNZ) Maori singer/songwriter Maisey Rika has been named a finalist in six of this year’s Maori Music Awards.

Both will go head to head in two categories – Best Song by a Maori Artist and Best Maori Songwriter.

The winners will be named during an award ceremony at the Hawke’s Bay Opera House on 13 September. 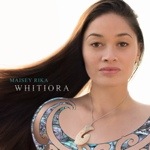