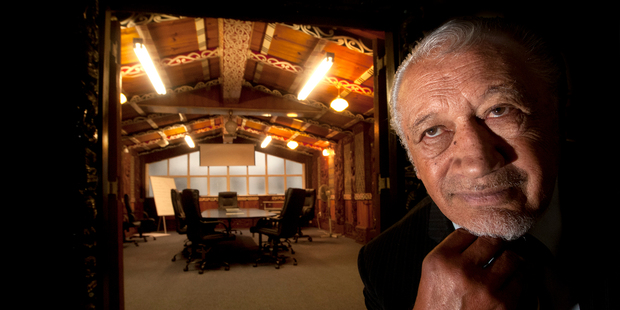 Dr Noble Curtis, known as Toby, said the honour turned his thoughts to those who had influenced him, including his parents, his aunts and uncles and many others in his hapu and iwi “who have had a very telling impact”.

The youngest of 15 children, Sir Toby grew up in Rotoiti, near Rotorua, and started his career in education as a primary school teacher.

He went on to become principal of Hato Petera College and vice-principal of Auckland Teachers College in the 1980s.

He was director of primary teacher education at the Auckland College of Education in the 1990s, then faculty dean and later deputy vice-chancellor at AUT.

In 2012, he was appointed chairman of the Iwi Education Authority for Nga Kura a Iwi o Aotearoa, representing Maori immersion schools.

Sir Toby said that over his time in education, the response to Maori learning had changed enormously.

When he trained, teachers were not taught any Maori songs, or any understanding of how Maori culture could influence learning.

Today, that’s all changed. In fact, many teachers are working hard to acquire the correct pronunciation of Maori names, working hard to become proficient in the language, and of course you have kura kaupapa, kohanga reo and waananga.”

Sir Toby said being taught in te reo had a huge impact on Maori students’ desire to learn and succeed.

“I see this every time I walk into the classroom,” he said.

“There have been enormous changes, and some wonderful successes are occurring. However, in terms of across the board, we still have some way to go in achieving parity in all schools.”

He said his four children were “overawed by the acknowledgement”.

Knight companion of the New Zealand Order of Merit, services to Maori education.