Harre would not answer calls today, but sources close to Harre confirmed the selection and others have refused to rule her out. 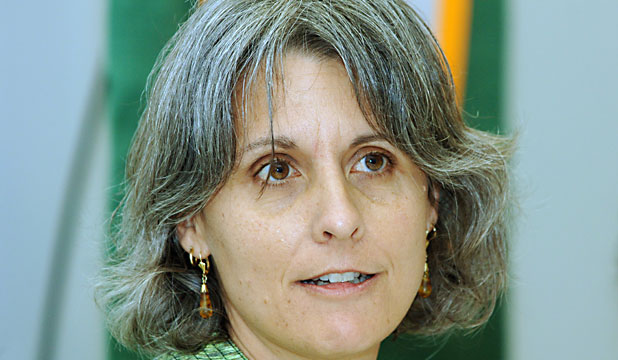 (Stuff.co.nz) The party leader is set to be announced tomorrow.

Party spokesman John Mitchell refused to comment, saying it was “speculation at this point”.

Harre was last an MP in 2002, when she led the split in the Alliance away from then leader Jim Anderton.

After losing the Waitakere seat in the 2002 election, she stepped down as leader of the Alliance, to be replaced by current Labour chief of staff Matt McCarten.

Since then, Harre has had union-related roles. In 2012, she was employed by the Green Party after working for the International Labour Organisation in Fiji from 2010.

The parties will contest this year’s election in a party to be called Internet-Mana.

Mana has also been forced into a major concession, giving the second place on the combined list to the leader of the Internet Party, meaning it is less likely Mana will get a second of its own members – president Annette Sykes – into Parliament.

At a press conference yesterday, Harawira said the leader the Internet Party had chosen was credible and experienced, which was a significant factor in him conceding the second-place spot on the list.

Internet mogul Kim Dotcom founded the internet party, but has remained independent of the party’s workings. President Vikram Kumar said he was “very much still the party’s visionary”.

Earlier this month, Dotcom donated $250,000 to the party’s coffers.

“She decided that she wanted to move onto other things and do other work.”

She was not concerned Harre had taken trade secrets with her, saying she was “a trustworthy person” who had “every democratic right to be part of another party and to lead it if she wants to”.

Harre was not being lined up as a Green party candidate and had not spoken with Turei about the Internet Party.

“I’ve only heard what you’ve heard which is on the Twitter,” she said.

Turei said she was not concerned Harre’s defection would take votes off the Greens.

National’s Steven Joyce dismissed the selection, saying she would be “crushed between two rather large egos”.

The union was unlikely to succeed.

“I think you’ve got some very interesting and largely opposite forces in play there, the only reason they’re around each other is that they’re trying to see each other as a vehicle into Parliament.”

“Match fixing doesn’t win elections… I’ve been around a long time and I know what a match-fix looks like. It’s when you go out and without going to the electorate you organise for the three months, four months beforehand, the outcome. This is match fixing.”

Left-wing blogger and activist Martyn Bradbury, who has worked for the Internet Party, wrote this afternoon that “the secret is out”.

“Laila Harre will be the new leader of the Internet Party? So if this works the way we hope it will, Hone Harawira, Laila Harre, Annette Sykes and John Minto will be in Parliament,” he wrote on the Daily Blog.

“Where’s all that left wing angst and screams of sell out now? You wanted a game change? Here’s your game changer!”