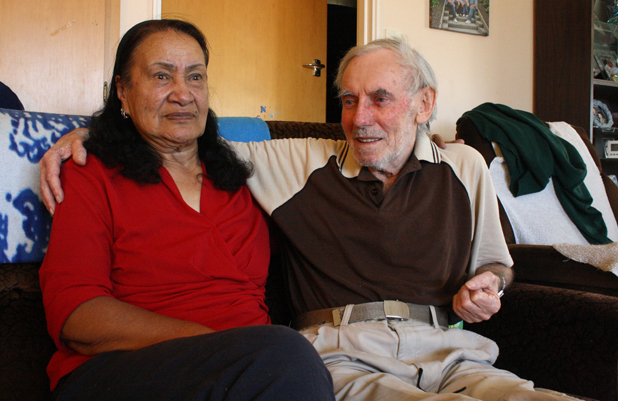 (Maoritelevision)ĀSupporters of an elderly couple held a peaceful protest outside Omaka Marae in Wairau against their 90-day eviction notice that comes to an end today.

The Omaka Marae committee says the eviction notice was served to Doug Cunniffe after he breached a special condition in the tenancy agreement.

Doug and Ina Cunniffe’s have lived in their flat on the marae grounds for the past 16 years.

This group wants the eviction notice cancelled, allowing Doug and Ina Cunniffe to stay in their flat.

While it was a peaceful protest, emotions still ran high when the group were prohibited from going on to the marae.

The Omaka Marae committee says the eviction notice had been served after Doug Cunniffe interfered with marae business, which was “inconsistent with the values and principles the committee was trying to foster at the marae”.

Kiley Nepia, Kaiwhakahaere of the marae committeeĀsays that this issue hasn’t happened overnight, and thatĀthe committee itself hasĀtried numerous times to resolve the issues with Doug, but to no avail.

The committee sees this as a tenancy issue and will pursue it until it’s resolved.