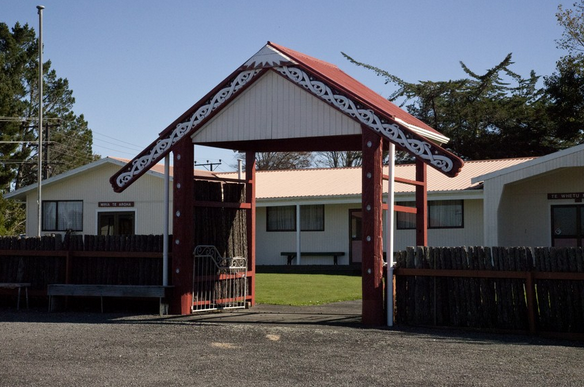 Two officers entered the marae around 2am on Saturday, waking the 25 children who were sleeping there.

Police were looking for a suspect after a man was assaulted earlier in the same area. The suspect was not found and marae elders have filed a complaint with the Independent Police Conduct Authority.

The Taranaki Daily News understands the 61-year-old assault victim was the grandfather of one of the children taking part in a youth programme at the marae over the school holidays.

Maori Party candidate for Te Tai Hauauru, Chris McKenzie, said the incident reeked of the 2007 Tuhoe raids. McKenzie said faith in the police had been eroded by racial profiling and overly aggressive actions towards innocent citizens.

“Maori will lose further trust and confidence in the New Zealand Police and the Independent Police Conduct Authority if the recent incident in Stratford is not adequately addressed.” After police entered Stratford’s Whakaahurangi Marae on Saturday morning, the children, aged from 4 to 17, were made to get out of bed and lined up to show their hands so that police could look for evidence of an assault, marae spokeswoman Lovely Read said.

She said the children were left shaken after rude and aggressive treatment from the police.

McKenzie said he could understand the police’s actions if there had been evidence a child staying in the marae was involved in the assault, or if door-to-door searches were taking place.

“But it appears that this was not the case and the marae was targeted for little more reason than Maori people were staying there.

“It would be disappointing if, as a result of the Tuhoe raids and the lack of action from the Independent Police Complaints Authority to provide adequate redress for the innocent parties, some police felt empowered to bend the law,” McKenzie said.

He said a review of the authority was warranted.

“I wouldn’t equate what happened with the Tuhoe raids, but I think the police need to review what happened in this case to see they had the right grounds to do what they did.”