“Indigenous People are those directly descended from a land that they have no political power over,” says Marama Pala. “Asking for consideration as a vulnerable population reveals another layer of discrimination and racism that speaks to the overall injustice of being born indigenous.”

She could well be speaking of Native Americans, but Marama is talking about her experience as a New Zealand Maori, the first people of New Zealand. 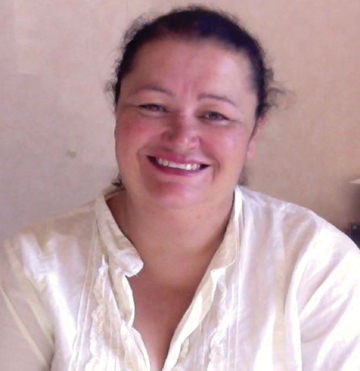 Marama was the first Maori woman to publicly disclose her HIV status, and her bravery has resulted in her becoming a powerful advocate for Maori and marginalized people. She serves on a multitude of foundations and networks devoted to raising the voices of indigenous peoples around the world and has held key positions in the planning of the last several international AIDS conferences. Her influence in 2015 will be no different.

“For generations indigenous peoples have suffered a genocidal impact from diseases ranging from influenza to small pox,” she said. “HIV is a modern day scourge that is harder to fight because it involves sex – a culturally taboo subject.”

“Marama is the rare blend of spirit, passion, intelligence and outspokenness that is needed to advance the issues of women and indigenous cultures affected by HIV around the world,” said Brent Allan, Executive Officer of Living Positive Victoria, Australia’s largest organization for and by people with HIV. “She is an outstanding example of the heart and soul inherent in our sisters living with HIV.”

Marama was recently appointed to the Community Delegation of the Global Fund for HIV, Tuberculosis and Malaria, and is the Vice-Chair of the International Community Women living with HIV Global Committee.www.iamicw.org. As well as holding board positions for the International Council of AIDS Service organisations www.icaso.org and Co-Chair of International Indigenous Working Group on HIV and AIDS www.iiwgha.org .

“This is a first for New Zealand and Indigenous peoples” says Marama Pala, “To be listed as an international advocate and be represented on these high profile committees. Being included as a vulnerable population is all we’ve wanted on an International scale” The rise of HIV infections amongst Indigenous Populations continues to create a concern internationally.