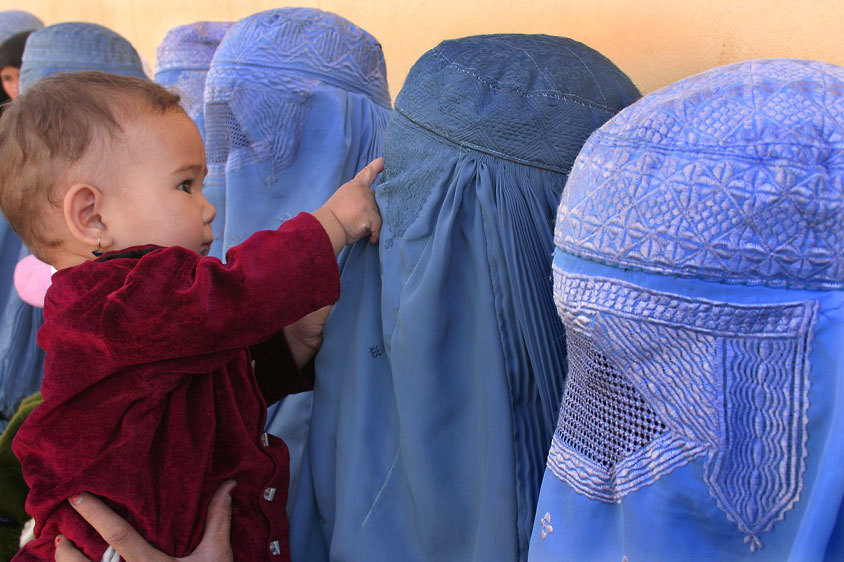 (The Northern Advocate) A call by a Ngapuhi hapu leader to ban the burqa at this year’s Waitangi Day celebrations has outraged Maori and Muslim.

Te Matarahurahu hapu elder David Rankin said the traditional Muslim dress should be banned at next week’s 175th anniversary at Waitangi because it symbolises “Islam’s direct threat to our rangatiratanga (sovereignty) and our culture”.

Mr Rankin said his comments were intended to spur debate about “droves” of Maori converting to Islam, a religion which he said “condemns cultures that do not comply with its rules”.

A number of Maori see Muslims as the new coloniser, “coming to our country and refusing to accept the indigenous values of New Zealand,” he said.

The Northland Muslim Community has spoken out against Mr Rankin’s comments.

“The opposite is true in that many Maori have chosen to become Muslim and are happy for our support in escaping the social woes of alcohol and drug-abuse which have become so unfortunately widespread among modern Maori.”

But Mr Rankin said Muslim community members have told him they oppose carvings on marae, which they see as idols, and oppose other traditions and faiths such a Ringatu and Ratana. He said Maori converting to Islam was similar to disaffected young men joining criminal gangs.

“If you plant negative thoughts of fundamentalism they will grow in fertile ground,” Mr Rankin said.

[pull_quote_right]By banning the burqa at Waitangi this year we are reminding the world that no one can force us to change our culture. We respect other cultures, but they have to understand that they must respect ours.[/pull_quote_right]

The reference to the burqa was to identify a symbol of Islam, not to persecute the female wearers of that clothing, Mr Rankin said.

He said Islam was “an idea, not a race, religion or culture,” therefore his comments would not fall foul of the Human Rights or Race Relations Commissions.

“It’s not really about the burqa, it’s about opening debate.”

But it is a debate that does not need to be held, according to Waitangi National Trust chairman and NZ First MP, Pita Paraone. “If he’s concerned about Maori losing their identity because they’ve converted to Islam then I would suggest they never had it in the first place,” Mr Paraone said.

Ms Rankin said the Holy Quran (Koran) states that “I disagree with what you believe but respect your right to believe it. I will stick with what I believe, and anticipate the same tolerance from you.”

“To exclude any person from the Waitangi celebrations based on their religion or dress would be a perfect example of the supposed intolerance [David Rankin] is protesting,” she said. “Although Muslims may not agree with carvings or some traditional beliefs, nobody is coming on to the marae and demanding they are removed. Your house is your house.”

“Maori should know better than to stoke the fires of racial and cultural intolerance because we hate it when it happens to us,” Mr Davis said.

“Waitangi Day is a time for those who struggle for relevance to get on their soapbox, and here is Exhibit A. If in his mind he isn’t guilty of racism, then the only explanation is that he is guilty of stupidity. In his defence it has been a hot January in Te Tai Tokerau and he could well be suffering from too much time in the sun.”

Meanwhile Race Relations Commissioner Dame Susan Devoy said it was ironic she heard about Mr Rankin’s comments while she was at a service commemorating New Zealand’s Holocaust survivors, “who know exactly what religious discrimination, prejudice and hatred is all about”.

“It is unlawful to discriminate on the grounds of religious belief under the Human Rights Act. It’s up to everyday New Zealanders to stand up for one another when we are discriminated against.”