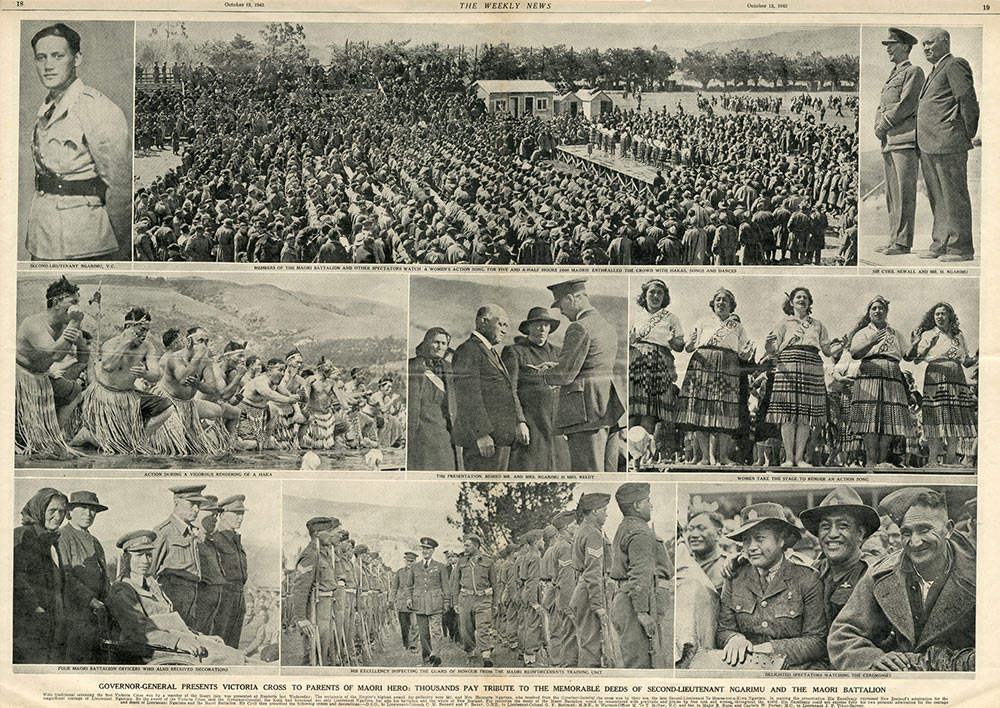 Some Maori were keen to be accepted as part of the New Zealand nation, and hoped that participation in the First World War would confirm their membership of the British Empire and the nation. A Maori contingent went to Gallipoli and was subsequently re-formed as the Pioneer Battalion to serve on the western front, where 336 men were killed.

Below the battalion performs a haka before the visiting prime minister, William Massey (right), and his deputy Sir Joseph Ward. 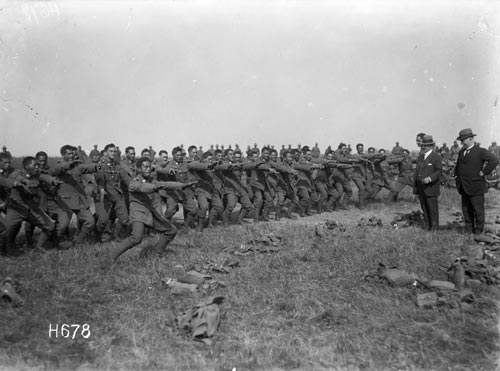