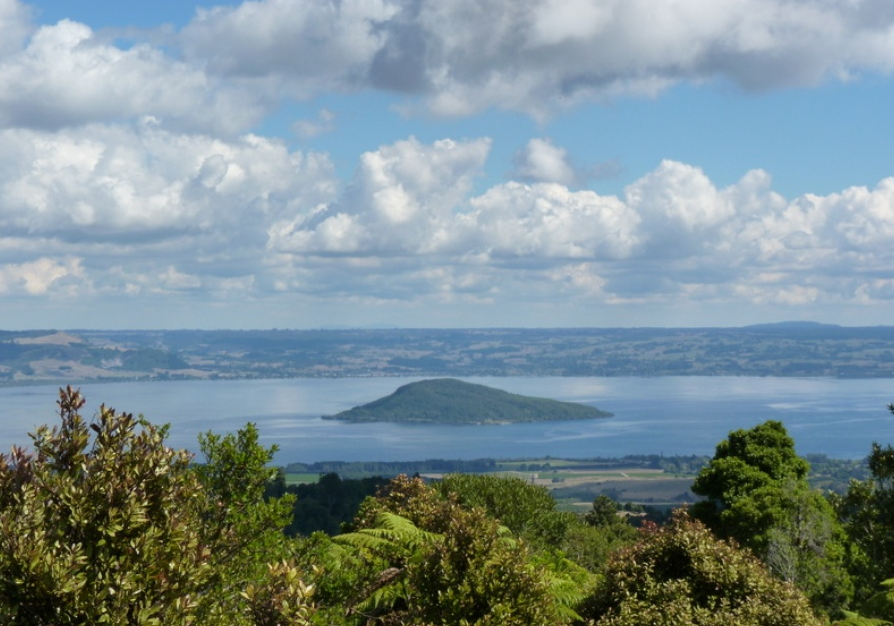 The final day of the public submissions are being held at the Rotorua Lakes Council on the proposed Te Arawa Partnership model.

Whaea Blanche Kiriona presented her heartfelt sumbission last week, it detailed her painful experiences dealing with Council over the years as well as her desire or greater Te Arawa voice in Council..

This is the full-text of what she presented:

I am an 8th generation from Pukaki a prominent feature he had from korero passed down are these chingy eyes I have.

Haven’t we come a long way I remember under Graeme Halls (former Rotorua Mayor) which my daughter and I for weeks and months researched and compiled a proposal to present to Council then to be told we couldn’t present and it had to be a male as you can imagine there were a lot of unsavory and beep beep words in our Vajayjay camp that day so we asked a male to present for us and he went ki wiwi ki wawa on his own waka that had nothing to do with our proposal thank goodness this can never happen again.

I am a rate payer of my two properties and a shareholder in numerous Māori lands in Rotorua, many of which are rate paying).

In the past when local Pakeha leaders have come knocking at our door for land so they can build schools, churches and hospitals, my whānau has given without any hesitation.

Even though that giving has benefited others more than it has us, we’re all good with that because we respect the decision of our parents and grandparents and the value they placed on manaakitanga.

But if that’s not enough for you to take my submission seriously, then think about the resources, which would have enabled my whānau to build economically, that were forcibly taken from us in the name of progress.

The taking of land that once homed our Ngāti Uenukukopako settlement of Karamuramu, for Rotorua Airport, is one example.

The land that you drive on to get to and from Rotorua to Tauranga and Whakatane, that once homed my Ngāti Tuteniu people, who as a result are now landless and marae-less, is another example.

Why is this you may ask?

Because when their whenua was taken for roading at the turn of the last century, the residue that the authortities did not need, was sold for what is now lifestyle blocks at Brunswick, Parkcliffe and parts of Okawa Bay.

[pull_quote_left]That is to have decent paying jobs, so we can provide for our families, access to essential services, be able to practice our culture and to be safe and healthy.[/pull_quote_left]In their greed and heartlessness, the authorities at that time had no thought to returning that surplus of land to Ngati Tuteniu but this is just one of the many stories of land being taken from Te Arawa iwi and hapu.

It was the wish of my late brother Hiko Hohepa, before he died, was for us to seek some justice for Ngati Tuteniu. As a result we lodged a Treaty of Waitangi claim which saw us reach a settlement with the Crown in 2008 and become part of the iwi collective group known as Te Pumautanga o Te Arawa.

I give praise to my cousin Arama Pirika and the Ngati Tuteniu Hapu Trust to rebuild our hapu with what little they have.

Since the late-1990s I have witnessed first-hand the cries and aspirations of my whānau and hapū fall on deaf ears in Council.

And this was during the time of the Te Arawa Standing Committee (TASC) whose inception was supported by my late mother.

If she had of been alive to see the tokenism that plagued that committee, she would have been very disappointed because that was not the intention when the idea of it was first raised.

It was sickening to watch how far my whānaungā and I had to bend over just to get on the agenda of a TASC meeting!

I’m sick of reading Council records in which my father and his cousins were called “horis” and “ungrateful” because they wanted to lease, rather than sell, their land for an airport.

I’m sick of my daughter and I being labelled “agitators” because we challenged Council.

I’m sick of seeing my hapū take the Council to court so we can be heard.

[/quote_center]While I give as much as I take, when it comes to warring words, I’ve been very reluctant over the past 10 years to support anyone in my whānau wanting to get involved in Council business, solely because I don’t want them to be abused or forced into a position that will see them fight their own people.

Above all, I long for a day when my whānau, and others from Te Arawa, will find their true place in their homeland.

Many of us want what all other families, Māori and non-Māori, in Rotorua want.

That is to have decent paying jobs, so we can provide for our families, access to essential services, be able to practice our culture and to be safe and healthy.

However, the gaps between the haves and have nots in Rotorua is still too wide.

The pockets of poverty in Rotorua that existed last century are still there today.

And it is for all the reasons above that I support Te Arawa Partnership Model.

[quote_center]It’s time for change. Time for a more positive way of doing things.  What’s good for Te Arawa is good for Rotorua.[/quote_center]

Here are some of my thoughts on specific parts of the model:

Overall I support what’s proposed, although I’d like to see mātāwaka given a seat on the board as soon as it is set up. Why? Mātāwaka are still tangata whenua of Aotearoa and partners to Tiriti o Waitangi. They also make a significant contribution to our local economy as ratepayers and taxpayers and many of them who reside in our rohe have been doing so for generations. I’m also pleased to see that rangatahi will have a seat on the board. Why? They are our future leaders so it’s important they have a voice.

If we’re talking about genuine partnership, then Te Arawa should be given voting rights on all Council committees. For now however, I’ll support what’s proposed as any form of partnership has to be better than the toothless taniwha that the Council previously had in place.

I’m particularly pleased to see that Te Arawa will be able to influence the appointment of a commissioner for RMA hearings. Why? More than 10 years ago, one of my Te Arawa hapū (Ngāti Uenukukopako) struggled to get our voice understood by two commissioners appointed by RDC, who had no thorough understanding of Te Ao Māori or Māori tikanga and values. We believe their cultural shortcomings worked against us. I’m sure that knowledge of Te Ao Māori will be a fundamental requirement of whoever Te Arawa appoints to this position.

[quote_box_center]Finally I ask that when you step onto the Tarmac at Rotorua Airport, take a moment to remember that this land was once the home and playground with an abundance of fruit trees, and hot springs for all the children of Ngati Uenukukopako. How do I know that?

… because I was one of those children.[/quote_box_center]