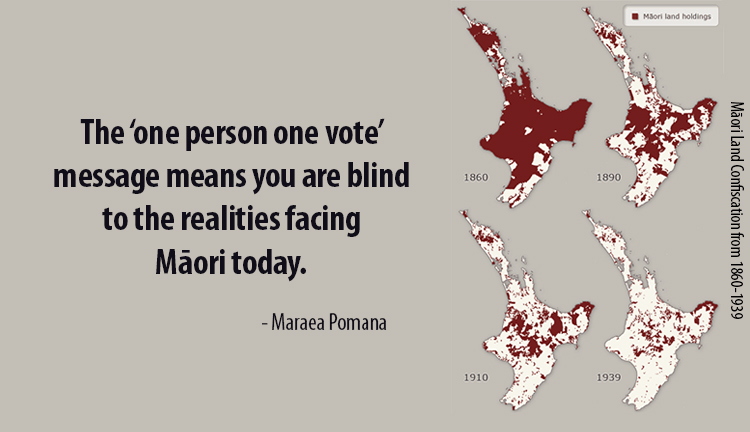 The final day of the public submissions on Monday, saw strong debate from a wide variety of the Rotorua community.  Rangatira, rangatahi, Pākehā, taura here and social justice advocates all expressed their eloquent and articulate support of Te Arawa having more power on the Rotorua Lakes Council.

At the close of submission almost 2000 people had shared their views, representing a the largest number of submissions received on a single issue, with almost 200 people opting to speak in person to the Councillors directly.

Social justice advocate and youth worker Maraea Pomana offered her own submission which spoke to the inequality that exists amongst Māori and the riri she feels when the dominant majority culture argue that Māori are both privileged and advantaged.

This is the full-text of what she presented:

Thank you Councillors for the opportunity to speak today

My name is Maraea Pomana; I am of Ngati Whakaue, Tuwharetoa, Ngati Raukawa descent from my Koro. I am married with 3 children.

I have worked in the social sector for nearly 10 years now. My career began as a Women’s advocate working within the Family Violence sector. I am currently a youth worker; I am passionate about young people and their well-being.

To begin with, I support the Te Arawa partnership; I believe this embodies the true partnership outlined in Te Tiriti o Waitangi. True partnership has been a long held aspiration for Maori since the signing of the Treaty of Waitangi in 1840.

I have heard the terms Fairness, Justice & Equality used to speak against the proposed Te Arawa partnership model. I want to explore those terms from a personal perspective and a statistical perspective.

I was fortunate to grow up in a bi-cultural home. My Mother is Pakeha and My Father is Maori.

The question of who was I was raised when I stepped foot inside my first classroom. I could fit into both worlds but one was more accessible that the other. However, it was my experience in the classroom that shaped my decision to identify as a Maori woman.

It was also the classroom that taught me about FAIRNESS, JUSTICE & EQUALITY

Pakeha children had no doubt that they belonged, had rights, their questions and opinions were always first and considered first. They occupied the front of the classroom knowing that this environment belonged to them.

Maori children, particularly Maori young women sat at the back of the classroom. Even when the teacher made blatant racist statements, the Brown sisters at the back never spoke up or tried to defend themselves.

The silence was deafening

It was that silence that opened my eyes to INEQUALITY, UNFAIRNESS & IN JUSTICE

I also started to wonder how had Maori people gotten to such a state that we could not stand up for ourselves from racist comments or treatment, hiding at the back, hanging our heads in shame & embarrassment.

This inequality & injustice lead me to become a youth worker & advocate. Social justice, social inclusion and participation are my passions.

Messages outside of the classroom weren’t much better. In the 1980s popular media continued its long love affair with racial tagging, labeling, stereotype, and ‘association by coincidence’. Maori people were seen as uneducated, lazy, criminals on the dole, not dissimilar to the messages today. In the 1980s our culture was not very strong as the Cultural Renaissance only happening in 1975.

Those messages in & outside of the classroom had lead to a process phrased INTERNALIZATION. This is the acceptance of norms & values established by a people or group. The dominant messages had entered our heart & minds to such a state that we were unable to answer.

[quote_center]Was it fair & just when one race colonizes another land & confiscates millions of hectares with militant force?[/quote_center]

Was it fair & just when my Grandmother was whipped at school for speaking Maori?

Did fairness, justice & equality reign when my Koro returned from WWII and the Pakeha soldiers were allocated Farms & Lands and the Maori soldiers were given nothing.

Was there fairness & justice when my Father’s generation began to internalize the dominant cultural messages & remembered the injustices afforded his parents, grand-parents, and great grandparents.

Was there justice & equality when the Brown sisters in my generation were ignored & ashamed to be Maori? Maori language was not valued.

And is there fairness, justice and equality today? Ask yourselves this when we look at the statistics of Maori people today?

What stands out for me when we look at these statistics is where the evidence that Maori people are privileged and have advantage in Aotearoa as Tangata Whenua? This is the only place we exist we cannot return to another land & visit our heritage when we feel like it. 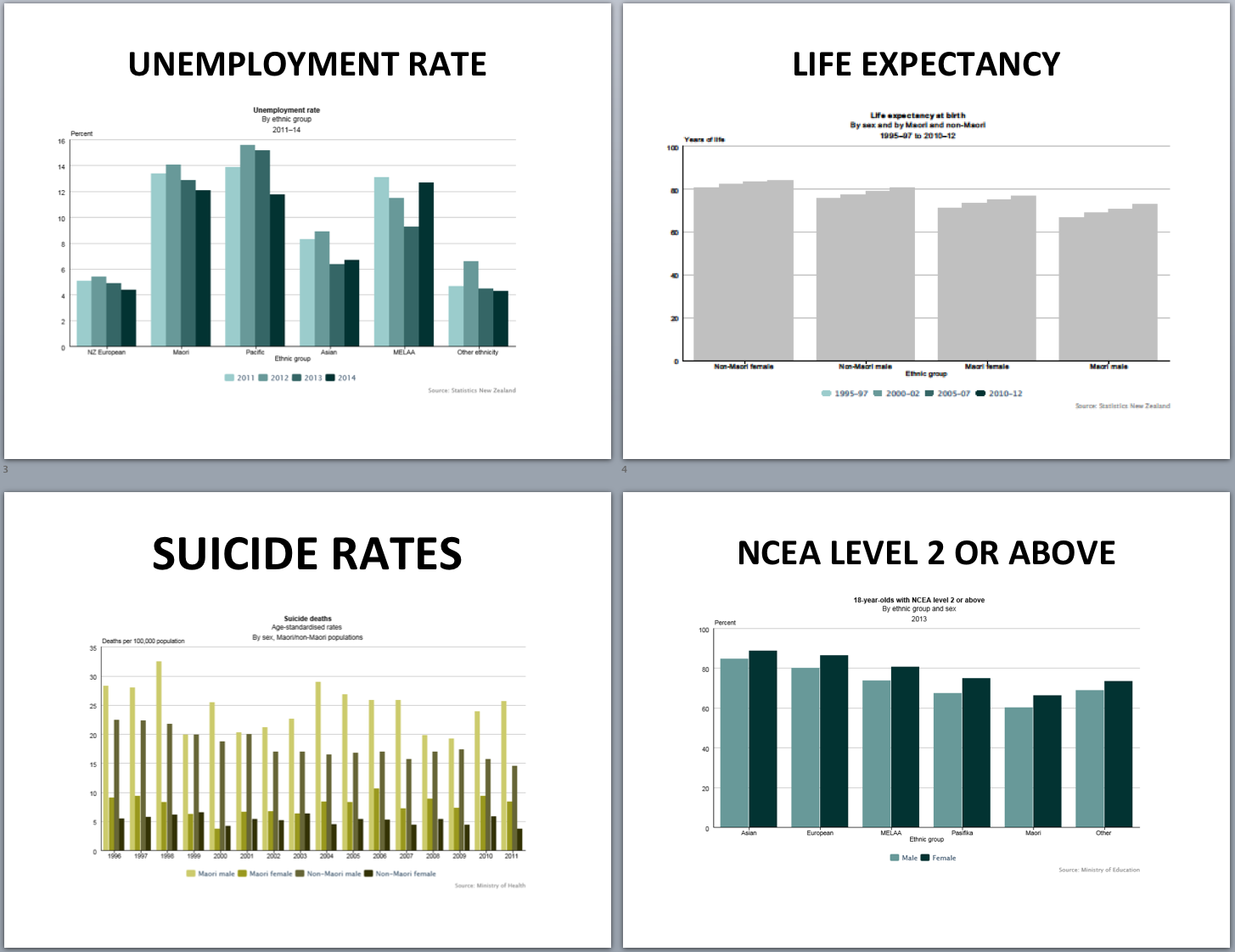 I work with some of the most vulnerable children & young people in Rotorua.

[quote_center]To dictate the ‘one person one vote’ message means you are blind to the realities facing Maori today.[/quote_center]

It assumes we are all on a level-playing field. In actual fact I just read an article about this in the Rotorua Daily Post on Saturday where Principal Niels Rasmussen is quoted saying he has dealt with poverty for over 15 years.

For me, the Te Arawa partnership model promotes EQUITY.  A place to sit at the table of power created by the dominant culture. 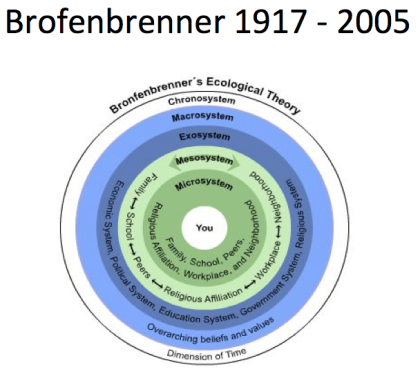 The model on the right developed by Urie Brofenbrenner (1917 – 2005), a well-know Russian sociologist, demonstrates how decisions made at the macro-level impact the individual.

When I lead the March Against Synthetics we called for a change to the law. We did not focus on the individual young person.

The Te Arawa partnership is the same thing, if you seek to promote inclusion, equity and indigenous rights at the table that the dominant culture created then this will trickle down to the individual, to children and young people. They will see that the people of Rotorua actually care about what they have to say, it will provide a clear pathway for their voices to be heard and an example of strong leadership.

For those who have Maori children and Grandchildren, would you not hope for a better future? Where both sides have a genuine share of power and the right to determine the future for their own people, not dictated by one race to another about who they can or cannot be.

If the Te Arawa partnership goes ahead, I believe Rotorua will become not only leaders in our Nation but also in the World.

[quote_center]Therefore, I implore you, to not let fear seep into your hearts and minds, THINK OF THE FUTURE.[/quote_center]Ensure the voices of the Tangata Whenua, the people of this land, Maori children, young people and their families are forever heard, NOT SILENCED.

This is the true vision of Aotearoa that the Chiefs/Rangatira foresaw and enshrined in law, 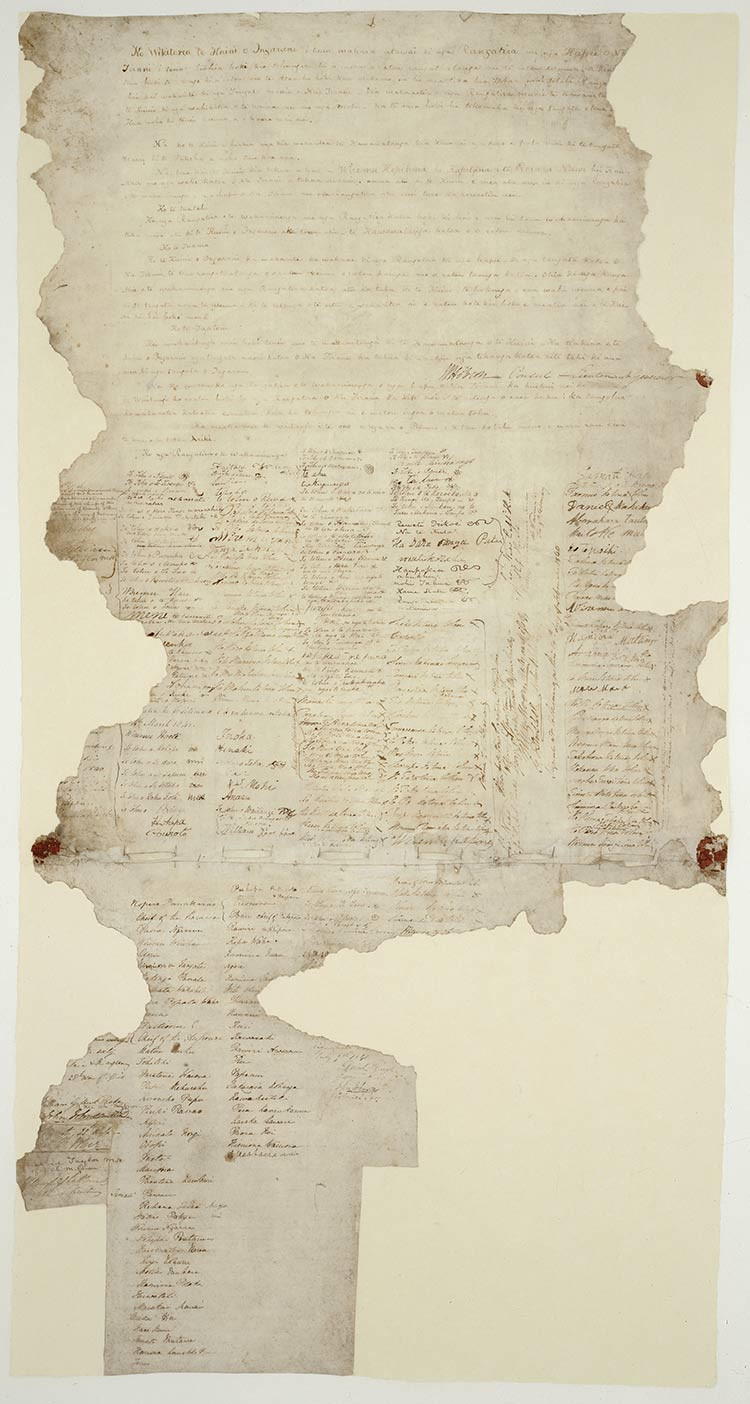