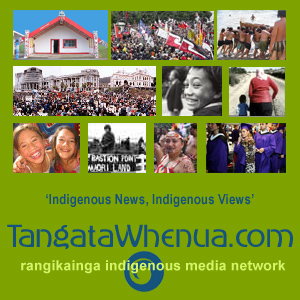 TangataWhenua.com is a Maori owned and operated information and communications technology company, specialising in all things digital and indigenous. We like to think of ourselves at the frontier of the Maori ICT sector.

We began in 2002 with an ePanui (RANGIKAINGA) after seeing the remote access in India and the explosive digital growth in Seoul South Korea, and then returning homne to nioce that few Maori utiulised digital platforms in any meaningful or active way.  Over the years our small whanau of 2, and then 4 and now 14 (2 dogs & 8 cats included) have developed into more than just a news and information portal, we opened new ground and helped to support many generations of Maori digital natives.

When we began, we noted that even though there was heaps of online discussion relevant to Maori whanui there was little in the way of a website which promoted positive Maori news and? info from a Maori perspective.? After just three? ePanui the community’s response was overwhelming and we set out to create something we hadn’t seen before. At the end of our first run RANGIKAINGA had over 1400 subscribers, we now have over 7,000 readers on our database, get over 40,000 page views a month and have access to over 120,000 Maori via our Social Networks.

The name RANGIKAINGA literally means ‘Celestial Blessing’. The impetus for the development of the ePanui and later the website was to use ICT to share relevant news and information which addressed local indigenous issues while promoting new partnerships and strengthening existing ones. Additionally, as whanau have spread across the globe there is an increased need to provide a network which can assist in connecting them.  Thought up over a Brain-Storming Session at Waikayo University, our niece Natisha Tule-Forsyth had an idea to merge Papatuanuku and Pakakainga, and our efforts in the new digital psace with Ranginui and Rangikainga.  Boom – Rangikainga was born.  Ka rawe Tish.  Forever grateful. Hope Malia finds this one day.

The decision was made to actively engage in developing an indigenous community-based organisation model that would meet the needs of both subscribers and advertisers. The domain name www.TangataWhenua.com was registered soon after. In 2005, RANGIKAINGA received a commendation from the Human Rights Commission for its positive contribution to race relations.

In 2006, RANGIKAINGA received an International Standard Serial Number (ISSN) by the National Library of New Zealand – Te Puna Matauranga o Aotearoa confirming its place as a period serial. RANGIKAINGA is the only newsletter of its kind in the world. In 2007 TangataWhenua.com received an entry in Wikipedia, the world’s largest online encyclopedia, confirming its importance in terms of Maori development in ICT. 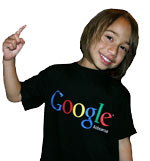 In 2007, TangataWhenua.com began facilitating the Google Maori Project. The aim of the project was to translate the Google Search Interface into Maori allowing users around the world to search Google totally in te reo Maori.

The project was picked up heavily by mainstream media and was featured on the front page of the New Zealand Herald. Interviews were given to National Radio, Radio Waatea, bFM, NuiMF, Native Affairs and Mana Magazine. Not long after, Te Taura Whiri – the Maori Language Commission pledged their support to assist with the project. The project was launched during Te Wiki o Te Reo Maori 2008 and is now used as the number 1 te reo Maori focused search engine in the world. In August 2009 began working on Stage 2 of Google in Your Language Maori (the Google Maori Project).

In late 2008 we took on TangataWhenua.com full-time. We now specialise in Maori Communication Services (websites, databases, communication strategies) as well as? use our online networks to promote Advertising and Public Service campaigns (most recently this included promoting Boy to Maori communities and working with 2Degrees)

To provide exceptional , relevant , and independent news, events & information to Maori and those working with and interested in indigenous communities in an effort to strengthen online Maori networks and businesses.

Our goal is to provide an exceptional communication services. We will achieve this by:

We hope to continue to provide these valuable services by actively seeking sponsorship and advertising support from organisations, businesses and community groups willing to tautoko the kaupapa and wishing to make use of this cutting-edge and unique digital opportunity.

We thank you again for supporting us and look forward to exceeding your expectations.

[UPDATE DEC 2020:  Kia ora whanau.  We’ve been away for a while creating new ventures like Digital Natives Academy, Digital Basecamp, 4CompanyB, Nativez Esports, Te Palace and many, many other important community kaupapa.  During the Covid19 Lock Down period, I found myself wanting to get back into this kaupapa, and even tried with another site and dev (Kia ora Indigo!) but then realised why make one, when I already have one?  So over the course of a few months, I have rededicated my time and effort to our projects, having deleted a lot of trash mahi and focusing less overseas for now and more locally, regionally and nationally.  That’s what made us TangataWhenua.com in the first place.  We still remember the first ePanui, meeting the first fans, the Hikoi and the birth of the Maori Party, moving to Wellington and really finding our feet as an online platform.  Over the years we have covered thousands of events, both big and small, have helped whanau who grew into national journalists and created a new way of thinking in preparation for what we already knew – whanau, the Internet is coming!! Lol – and that was back in 2002.  So if you’re a real jack nohi and you found this post, I really applaud you and will send the first person who emails me with the words E-KUMARA!! ([email protected]).  I’ll be fixing the theme and the pages and the posts over the next 3 months, making some design alterations and adding more original imagery, writing and contributors.  Our whanau have come a long way since we launched TanagataWhenua.com in 2002 and Maori have a whole have warped speed light years since then – so we want to track all of this immense and incredible effort on our own platform, with intentions to attract like-minds to mahi, add to the community, make some putea and grow their own audiences with us, as well as dominate in the Tribal Fibre and Native Cloud space in 2021/22.  More on that soon, you eyes might be getting tired.  Heio ano, na Secret Sauce for those who are watching and in the famous words of me, Gunzblazin’ hell-raisin, so amazing – Lesssssshgoooo!!