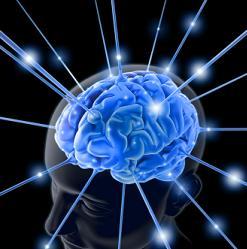 ParkinsonÆs Awareness Week from 1 to 7 November 2009 was marked by the launch of multilingual pamphlets at Parliament on 29 October.

æKorero Mai ¢ Speak to meÆ is the theme of this yearÆs Awareness Week. This initiative will see ParkinsonÆs New Zealand, and their 20 divisions across the country, focus on reaching out to families affected by ParkinsonÆs disease who may find English-only material a barrier to access to vital information.

æA diagnosis of ParkinsonÆs can be hard to comprehend and for people who speak little or no English it can be even more confusing, stressful and alienating,æ says the National Director of ParkinsonÆs New Zealand, Deirdre OÆSullivan.

In addition to the English and Te Reo M?ori versions, An Introduction to ParkinsonÆs, which describes ParkinsonÆs disease symptoms, treatments and related services, will be available in Arabic, Hindi, Korean, Samoan, Spanish, Tongan, traditional Chinese and simplified Chinese.

According to the 2006 census, 2.2 percent of New ZealandÆs population, or 88,000 people, cannot maintain an everyday conversation in English, and over 671,000 people in New Zealand speak two or more languages.

The launch was hosted by Associate Minister of Health, Hon. Peter Dunne, and was attended by Ministers, cultural representatives, community leaders, health providers and people with Parkinson’s and their families.

ParkinsonÆs New Zealand is proud to work towards being more accessible to all New Zealanders affected by ParkinsonÆs, as ParkinsonÆs does not discriminate ¢ it can affect anyone of any age and ethnicity.