Police have evicted a Maori group claiming customary land rights from a forest in the Far North. 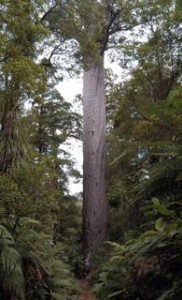 The hapu has been camped out in the Omahuta Forest for about nine months, preventing logging in the area by Juken Nissho.

The group has put out a statement claiming 30 police cars and 60 fully armed officers raided their camp last week, flattening and destroying their buildings.

Police Maori liaison officer Willie More says five police cars and 20 officers with three pistols between them went to the abandoned camp to supervise the removal of property.

The property was then returned to a local marae.

The occupiers had been served trespass notices after months of talks went nowhere, Mr More says.