Researchers from Otago University’s department of medicine are asking why Maori and Pacific Island children have among the highest rates in the world of admission to hospital for the serious lung disease bronchiolitis.

Dr Tristam Ingham, who is heading a $1.5 million project funded by the Health Research Council, says there is no clear explanation why the disease hits those children at five times the rate of non-Maori.

He told Waatea News a number of factors have been suggested, including the low levels of Vitamin D caused by skin pigmentation screening out sunlight.

The University of Otago, Wellington has been granted record funding for health research programmes and projects for the next three to five years by the Health Research Council. 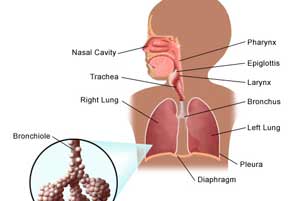 The Dean of UOW, Professor Peter Crampton, says the $10.27 million of new funding is recognition of the valuable research done at the School in terms of advancing New Zealand health care, public health improvements and reducing health inequalities.

Five other three year projects have also received significant grants investigating: the genetics of epilepsy, health disparities, racism as a health determinant, barriers to care for young pregnant Maori women, and the effect of co-morbidity on care and cancer survival inequalities. All grants involve teams of researchers working on a project or larger programme.