Pacific Island schoolchildren in New Zealand are at a higher risk of zinc deficiency than children of other ethnicities, according to latest University of Otago research.

Zinc is an important trace element for optimal growth, health, and development. If children are deficient, this can lead to stunted growth and increased susceptibility to childhood illnesses such as pneumonia and diarrhoea.

In the first New Zealand study of its kind, Department of Human Nutrition researchers compared dietary zinc intake, blood serum levels of zinc and growth measurements in a national survey of 1927 schoolchildren aged between 5 to 15 years. The findings were recently published in the British Journal of Nutrition. 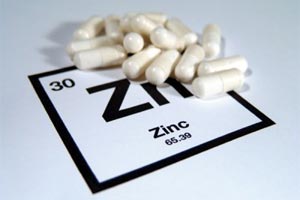 Study lead author Professor Rosalind Gibson says that the research team found that 21 % of participants who were of Pacific ethnicity had low levels of zinc in their blood serum. Corresponding rates were 16% for Maori schoolchildren and 15% for those belonging to the NZ European and Others category.

Across all three groups, the risk of suboptimal zinc status was also found to be particularly high among younger boys (5-13 years old), especially in the Pacific group.

“The prevalence of low serum zinc levels among Pacific children is concerning because it exceeds the threshold at which the World Health Organization recommends public health interventions to improve zinc status,” Professor Gibson says.

Growth measurements showed that the Pacific boys, but not girls, with low blood serum zinc levels had a lower average height for their age than counterparts with normal levels. A similar tendency was found for M?ori boys in the study, she says.

Professor Gibson says the greater prevalence of low serum zinc levels among Pacific boys is likely to be partly to do with ethnic differences in growth patterns and body composition.

The researchers also found that by current dietary recommendations for zinc, only 8% of the Pacific schoolchildren were considered to have inadequate intakes of zinc.

“That rate is less than half of the actual prevalence of low serum zinc levels found in this group. This significant gap suggests that more research is needed to better define how much zinc New Zealand Pacific children should be getting in their diets.”

Professor Gibson says that good dietary sources of zinc include lean red meat, organ meats such as liver and kidney, fish, dark chicken meat, cheese, egg yolk, and breakfast cereals fortified with zinc, and that zinc deficiency can be easily prevented by consuming these foods.

“Most children would not require supplements, but parents who are concerned that their child may be small for their age and have a poor appetite should consult with their healthcare professional to see whether zinc deficiency might be an issue.”

The study was based on analysing data from the Ministry of Health-funded 2002 Children’s National Nutrition Survey.