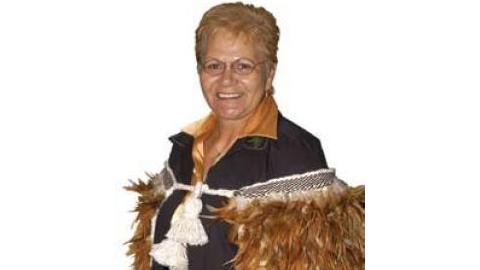 (Source | MIKE BISHARA – Rodney Times) Naida Glavish still does not know who nominated her for the Officer of the New Zealand Order of Merit she received in the New Year’s Honours.

There is little doubt though that the Runanga o Ngati Whatua Trust chairwoman is a worthy recipient of the award.

From the early 1980s she has been involved in Maori affairs in education and health. She says she is using her position with one of the country’s largest Maori tribes to shake off the inheritance of distrust and build bridges for development.

“One of the biggest challenges is to combat negative perceptions, and I have concentrated a lot of my energy to building up trust,” Ms Glavish says.

“It’s a team effort and with iwi chairs across the country we are fully engaged with a range of issues from dealing with the Maori Party to Waitangi claims and government issues like the situation with Corrections.”

Ms Glavish has turned down approaches to enter the political fray.

I believe I can be of more service to our people on the ground than in the ivory towers of Parliament. I have learned over the years that the real power is on the ground among the flax bushes,” she says.

Ms Glavish first came to public attention in 1984 when as a tolls operator she was ordered to stop answering the phone with a cheery “kia ora” and use only English when talking to customers.

The order was soon rescinded but it marked a sea change in attitude to Maori culture and set a young Ms Glavish on the road to public service.

She was approached by Ngati Whatua in 1986 to join 40 other fluent Maori speakers to spend a year learning to become teachers at the Ata Kura training college of the Auckland College of Education.

Then came an appointment to Henderson High School which had a high percentage of Maori students.

“I got the leading truants and those who came to school mainly to use the bunsen burners to light their cigarettes,” she recalls.

She threw out classroom desks, put mattresses on the floor and set about teaching her assorted crew to take ownership of their culture.

“It was wonderful. Their first exam was to host all the teachers, their parents and friends from the marae and school. It was an immense success in building their confidence and from then on my role was one of guidance rather than teaching.”

By the third year her “guidance” had the class writing and performing a play totally in Maori.

In 1990 Ngati Whatua again approached her saying it was time to take her cultural skills into the health world, where she has remained for the past 21 years.

She is general manager of Maori health and chief adviser on tikanga at the Auckland District Health Board.

Six years ago Ms Glavish was elected chairwoman of the Ngati Whatua trust board.