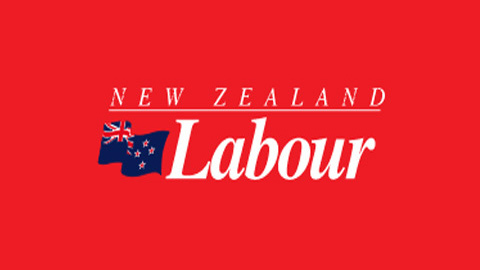 (Source | NZ Herald – By Claire Trevett) Labour’s most senior Maori MP, Parekura Horomia, is considering stepping down this election after his leader, Phil Goff, demoted him, sending the clear signal his time was up.

Mr Goff unveiled his new lineup for the election year which made only one change to the front bench as Grant Robertson – a first-term MP – moved up to take the significant health spokesmanship.

However, at least two of those still on the front bench were given hints by Mr Goff they were on borrowed time. He moved Maori Affairs spokesman Mr Horomia from number five to 10 and stripped Ruth Dyson of her health portfolio, although her ranking slipped only from four to five.

Mr Goff said Mr Horomia was “the kaumatua of the NZ Labour Party parliamentary team” and had strong connections in Maoridom.

“But Parekura is part of a generation of Maori leaders; he acknowledges for the future, new generations must come through.”

He said Mr Horomia was likely to acknowledge he should move on after one more term. However, last night Mr Horomia, 61, said he was talking to his family and electorate committee to decide if it was time to leave Parliament.

He and Mr Goff had discussed his future and “I’m working through it”.

“I’ve been in this game a long time. Parliament has been but another bus stop. You get to my age and you have to think about that. I never spent much time with my family.”

Mr Goff named Shane Jones and Kelvin Davis – both of whom were promoted yesterday – as the new generation of Maori leaders.

He accepted he could have worked harder over the past two years “and this is a good chance to make an impression and prepare myself for life after the election”.

Asked about the apparent timidity of the reshuffle, Mr Goff said he believed that it was a good mix of new talent and”hardened, more experienced” MPs.

Others rewarded included Darren Hughes, who took over education from Trevor Mallard. In return, Mr Mallard, who had requested the change, picked up Mr Hughes’ job as shadow leader of the House and became the third associate finance spokesman behind David Cunliffe.

Grant Robertson: First-termer goes from 18 to front bench (12) and picks up major health portfolio. Goff hopes a new face will be able to take on Tony Ryall.

David Parker: Respected, one of Labour’s thinkers. Moves up to number four. Will go head to head with Gerry Brownlee.

Shane Jones: Tantalisingly close to front bench and with some portfolios he has an interest in – transport, fisheries and associate Maori affairs. Promotion came with a warning: work hard.

Parekura Horomia: Demoted from 5 to 10. Message was clear: one term left, max.

Ruth Dyson: Too dangerous to demote, but left with a straggly portfolio which does not justify front bench ranking.

Steve Chadwick: Junior whip goes from 16 to 22 and loses her biggest portfolio of conservation.

Ross Robertson: From 21 to nowheresville. Is standing again and unlikely to take the hint it’s time to go.