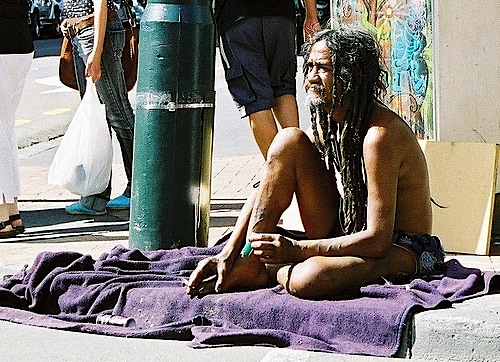 Authorities had become increasingly concerned about his health in the past few weeks.

It was not known what he died from. However, he was suffering medical problems stemming from heavy alcohol use and malnutrition, lawyer Maxine Dixon said.

Hana was famous in Wellington and further afield, with fans creating Myspace, Facebook, Twitter and Wikipedia internet sites in honour of “Blanket Man” (links below).

At least one song has been written about him and T-shirts emblazoned with his cartoon image have been sold.

During the debate over the proposed Wellywood sign near the airport, an image of Hana was suggested.