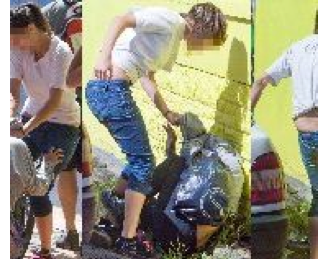 On Wednesday about 20 people watched, shocked, as a young woman viciously assaulted another in Rotorua’s central city.

At least two witnesses called police as the 24-year-old victim was dragged along the ground, kicked and stomped on. She was later treated for facial injuries.

Acting Rotorua police area commander Inspector Ed van den Broek said people’s first priority if they saw such an incident was to call the police. People should stop and think before intervening, he said.

“If you are feeling confident and make a judgement that you can step in, then do so, but people have to be cautious as you don’t know what you are dealing with. People could be armed with weapons or there could be supporters of the offender in the crowd that may take offence.”

Once police were called witnesses should note details that could help in any investigation including descriptions of those involved and vehicle registration numbers.

Filming or taking photos of the violent situation should be done discreetly and only if there was no personal risk, he said.

“Rule number one is to keep yourself safe,” she said.