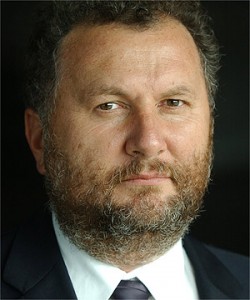 Commenting on a new Te Puni Kokiri report that government agencies are failing the children of Maori prisoners, Shane Jones said: “It is hugely ironic that this report has been produced by a government agency that is in the process of being made anaemic by Maori Affairs Minister Pita Sharples.

“Dr Sharples, who is also Associate Education Minister, says schools could be more active helping children of prisoners so we can prevent a new generation of offenders being created.

“The ‘logic’ is astounding,” Shane Jones said. “On one hand the Government is saying class sizes don’t matter particularly at the margins, and on the other Pita Sharples wants schools to do more to help our children who are at risk. And all the while he is also presiding over a department that he is making anaemic at the same time as he is trying to force greater burdens on it.

“The end of the Maori Party’s love affair with National will come far too late for thousands more.

“There are already reviews into economic, Treaty and constitutional issues. That’s the Maori Party-National coalition recipe — if all else fails, have another review.

“Well, we don’t need another review into what happens to the children of prisoners,” Shane Jones said. “We know what’s happening to them.

“What we need are short, sharp solutions. In the absence of leadership from Dr Sharples, iwi leaders must focus on salvaging the children of their tribes instead of sucking at the teat of asset sales that won’t solve anything long term for Maori.

“In times gone by issues concerning our children were often seen as a responsibility for the state,” Shane Jones said. “Well, the state can’t solve everything, especially when Dr Sharples is ripping the heart out of Te Puni Kokiri. Our iwi leaders must stand up, if Dr Sharples won’t.”