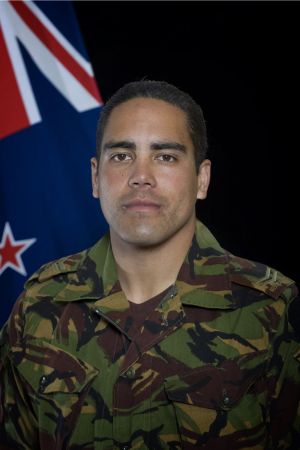 Preparations for the tangi of a soldier who died in Afghanistan have begun at a remote Northland marae.

The body of Corporal Douglas Charles Hughes, 26, arrived at at Whenuapai on Saturday where a ceremony was held to pay respects, and was attended by senior military and civilian personnel of the Defence Force and members of his family.

A small contingent of personnel from the 1st Battalion, Royal New Zealand Infantry Regiment was also there.

A tangi for Dougie, as he was known, is to be held at the Te Terai o Rahiri Marae, Opouteke Road at Pakotai, nearly 50km north west of Whangarei, on Thursday. Burial would follow at Te Hepara Pai cemetary at Pakotai.

Up to 500 people are expected at the marae including a military contingent who would also be operating a mobile kitchen.

He joined the army in 2004 and was a rifleman from the 1st Battalion Royal New Zealand Infantry Regiment based at Linton Military Camp.

Mr Hughes had previously been deployed in the Solomon Islands and once before with the Provincial Reconstruction Team in Afghanistan. He was deployed to Afghanistan for a second time last September and was due back to New Zealand this month with the rest of his contingent following a six-month deployment.

In a statement from the family they said it had been a difficult time for them, but they were encouraged by the support from Dougie’s friends and the wider community.

1 thought on “Tangi preparations for Maori soldier killed in Afghanistan”