(By John Drinnan, NZ Herald) New Zealand On Air bosses will be watching tonight to see if the second episode of The GC has more Maori culture than the first.

But with its inane storyline and sleazy boozy culture, questions have been raised over whether funding another highly commercial show is a good use of public cash.

The GC is focused on young aspirational Maori on the Gold Coast.

The fact it is set across the Tasman, with heavy involvement of Belgian-based TV formats company Eyeworks, has also raised eyebrows.

Excellent ratings have been great news for TV3, but raised more questions about why TV3 doesn’t pay for the show itself.

Taxpayers are supporting a commercial show while public channel TVNZ7 is being abandoned and scrapped.

Then there is the “genre bending” at NZ On Air, which described the reality show – officially outside funding rules – to be termed a documentary series to meet funding criteria.

TV3 acknowledges it is mostly about entertainment.

After the first episode screened last Wednesday with little sign of cultural content, TV3 promised NZ On Air future episodes would have more cultural content – not just boozing and partying.

Despite controversy over The GC, New Zealand On Air chief executive Jane Wrightson says she has not seen upcoming episodes – including tonight’s show.

This was normal. The funding agency was not allowed in editorial issues, so nothing was to be gained from a pre-screening.

The first episode was summed up in a review on the 3news website which said the theme seemed to be “let’s get everyone drunk and see who they try to hook up with”.

Reviewer Ally Mullord noted it featured people “hair straightening, leg shaving, and moisturising, and oiling themselves so they look shiny and fresh”.

“It is unsure if this is supposed to be comedy, reality show, or wildlife documentary,” the reviewer said. 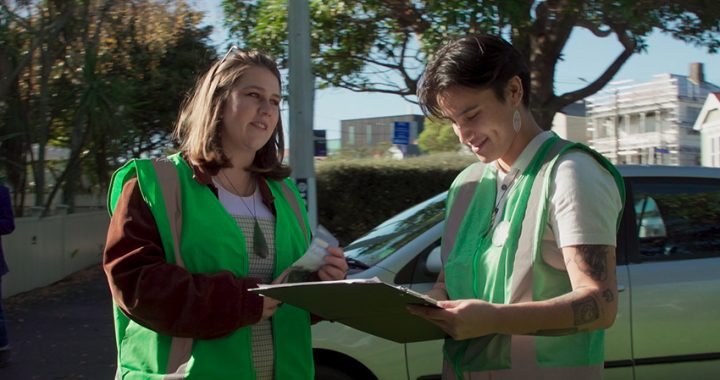 2 thoughts on “More Maori culture on The GC tonight?”