(NZ Herald) A large earthquake has been felt across the North and South Islands tonight.

The 7.0 magnitude quake was centred 60 km south-west of Opunake at a depth of 257 kilometres.

The earthquake was felt across the North Island from Taranaki to Bay of Plenty and down to Wellington and as far south as Canterbury.

The earthquake was heavily felt in Wellington city where many residents took to social media sites to report of a long, rumbling quake.

The Wellington Region Emergency Management Office has said there is no tsunami threat from tonight’s earthquake.

A Fire Service spokesman said there had been no reports of significant damage yet.

“It is at a depth of 257 kms, which means we are pretty lucky at the moment.”

A small aftershock of magnitude 3.8 struck 15 km east of Christchurch just after 11pm. 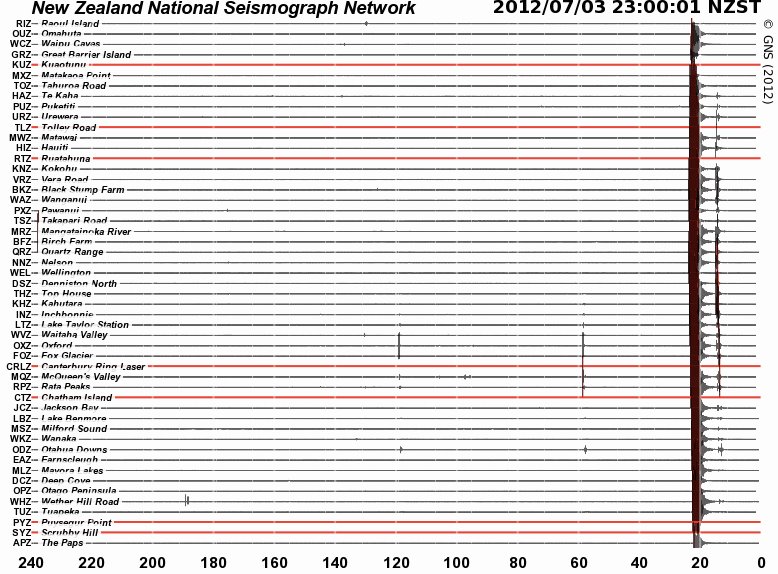 3 thoughts on “Large 7.0 quake felt from Bay of Plenty to Canterbury – GNS Science”