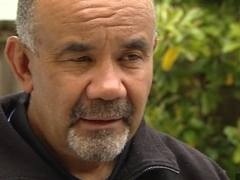 (Rotorua Daily Post) Both Labour and the Harawira party have stated that the Maori Party should walk away from our influential position – what a cheek.
I begin by acknowledging those whom have passed over recently. I speak of one of the great leaders of Ngati Tuwharetoa, Timi te Heuheu, the younger brother of the Chief of Ngati Tuwharetoa. He follows all of those who have passed on from our area. Therefore, farewell, rest in peace.

There is a well-known Maori saying: “The emblem of God to the front, the food-bearers to the rear,” meaning “the leader to the front and the workers to the back”. This is perhaps a great explanation of how Timi was viewed. He was a well-known face within Te Arawa and the country and acted as a backbone for his father, his brother and his wife. He will certainly be grieved by Maoridom.

Matariki is upon us and there have been a number of new and varied ways of celebrating the Maori New Year, and increased involvement by both Pakeha and Maori, children and elders. The Maori Party is continuing to seek official recognition for this time of the year by legislating to have formal recognition of the significance of Matariki. Maybe in time.

Recently a hui was held in Te Arawa to organise ourselves for Te Matatini kapahaka competition which will be held in Rotorua in February 2013. The organisation is looking great and from what I have seen Te Arawa will be ensuring that all aspects of this occasion will be of the highest standards. Horses were used for the powhiri in Gisborne, what is Te Arawa going to do in Rotorua? To me the competition begins with the powhiri, therefore Te Arawa we had better be on to it!

The issue of water rights has been the big talking point. I know that Ngati Rangiwewehi has spent thousands of dollars battling this very subject and I am very pleased that this issue has now gone to the Waitangi Tribunal who will make decisions about Maori rights over water.

One of the main concerns was the statement made by the prime minister when he said that no matter what the tribunal recommended, the Government did not have to follow these conclusions. That was a slight on the tribunal, but also had the potential to influence the outcome of their decision.

The Maori Party and the prime minister met recently to discuss these concerns, and that is now sorted. They have said that National will not legislate new law to take away iwi and hapu rights over water. That’s a great outcome.

Both Labour and the Harawira party have stated that the Maori Party should walk away from our influential position – what a cheek. Labour disregarded tribunal findings when they were in government (remember the foreshore and seabed debacle). As for Hone, he always wanted a ministerial position when he was with the Maori Party. To us, the Maori Party is there to achieve for Maori. It seems pointless to just be there with no ability to make changes or gains.