Well, I’ve just returned from my fourth class for Te ara reo, level 4 and it’s the end of March already. A month in and we are focusing on tenses, basic action sentences, negating those sentences, and basic phrases/times of day etc. While I have to admit, at times it can be a tad boring opening every class with breathing exercises and other similar ‘hippy’ routines (as some might say) it does help to put me in the right frame of mind. As well as moving on from what may or may not have been a busy day.

While my vocabulary within te reo I’ve been told is reasonable. (Meaning I know a lot of words/sentence structures so can follow a basic conversation) I know I need a lot of help with the structural/grammatical side of the reo. That’s what happens when you learn by association I guess. This is why I’ve chosen to start at level 4  or the 2nd year level. And just as when I was in school, I can sense a familiar feeling of restlessness with learning these basics. While I understand that unless I get these basics right and therefore create a solid foundation for myself, patience has never been a strong point of mine.

As a class, we’ve learnt a song that is kind of an anthem of Te Wananga o Aotearoa. It focuses on the core values of Te Wananga. Ahurutanga, kaitiakitanga, ta koha, and aroha. This made me ask what some of the traditional principles of maoridom are. Obviously whakawhanaungatanga, manaakitanga, and tapu come to mind. But something else that ive learnt in the past year or so was the idea of tika, pono, aroha, as a whole. While I knew that separately tika is to be right, pono is to be true, and aroha is to be loving. Thinking of these things as actual values and a code to live by was new to me. Generally I’ve always stuck to the “treat others as you would like to be treated” and left it at that.

I think I mentioned my Christmas/new years holidays was absolutely horrific? As in I seriously considered selling up and running back to Australia with my tail between my legs. The only thing that stopped me was half my mothers family (well the ones that matter anyway) That, and also the fact that moving back to Australia means no more maoritanga. And not being able to visit my dad. Then I started working again so that helped too. But im here to stay now, focusing on (certain) family, work/writing, and my maoritanga. And I can honestly say, that without certain family members being there for me, there is every possibility I wouldn’t be here today. Hence my new aim of being more appreciative and grateful for everything that comes my way. And thanks to them ive been able to pick myself up and (kind of) get myself back on track. Appreciate more, grumble less is the general aim.

During the AGM for my dad’s marae a few weeks ago, I was appointed vice-secretary. The long-term aim is that once I’ve been shown the ropes, the secretary will step down and I will take over on my own. Pretty scary but also exciting.

We are planning on doing some work on our urupa so its also been an opportunity to see where my great-grandparents are buried for the first time. Well one of them anyway. Turns out one of them was buried further out back where she was actually from, but my great-grandfather is buried there. Although there is a large memorial stone for both of them. Ive had a lot of contact with my dads side in the past couple months and its good to be able to recognise that those ties are getting stronger I think.

Had I moved back to Australia, the issue of their government closing down aboriginal communities would be even closer to home for me. Ive said before that I believe maori could have easily ended up in just as bad a state as the aboriginals, if we weren’t as hearty as we already are. But it makes me wonder how we would handle it if John Key decided certain maori communities needed to be closed because the way the people lived there weren’t “conducive to a productive society”.

Or something like that as the Australian prime minister put it. Imagine telling the tuhoe communities they’re closing down? Or some of the far north smaller communities? Good luck right? We would fight it of course? And we have a treaty to help our cause unlike the aboriginals. They were simply colonised and taken over. That alone makes me so grateful and appreciative of the fact that I am maori. My tupuna fought for a treaty, they knew they had a responsibility to their whanau/hapu/iwi/marae.

Which is something that has definitely been lost on a lot of today’s younger generation I think. Some of our kids are so busy trying to be American, and cool, and fighting through poverty that the idea of learning their maoritanga is something that is a distant thought.

As I’ve come closer to my dads side, that pull of responsibility for me also gets stronger. Which I think is the foundation for the traditional values of maoritanga. The responsibility we all have to pull our weight, live in a way that is tika, pono, and with aroha. Give manaakitanga. Respect tapu. And learn/respect the traditions of old. Treat all things maoritanga as a taonga. The reo, the artforms, the values. The histories. The whakapapa and the ties. While there are a lot more values I could put in here, I think this is a good foundation to start with.

Never has the phrase “the tikanga behind the reo” become more relatable to me than it is now.

Learning the tikanga behind these values, behind the reo. There is a group of people following the waka Hokule’a from Hawaii around the world. Spreading the message of sustainability. They came to our class last week and we had a bit of a powhiri for them and they sung our class one of their Hawaiian songs. It was really good meeting a group of people with common ground. As you would expect from a group spreading a message of sustainability, protecting the whenua is very important to them. Explaining to them the values of nga atua maori and how that relates to maori being kaitiaki of the whenua was good because it makes you realise that as maori, we aren’t doing this alone. Pretty much every indigenous race around the world is in the same boat. To me that makes the cause not seem like such a lost one.

So, heres to learning, and living by a set of values that mean something. And holding to them no matter what. As usual, feel free to check out my page and contact me if you like. 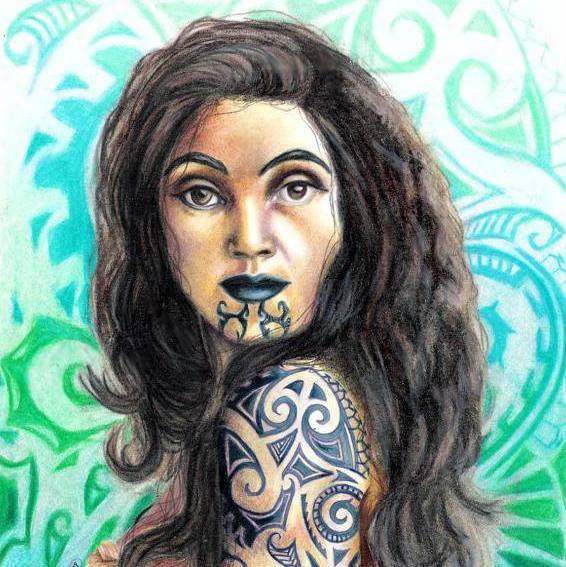