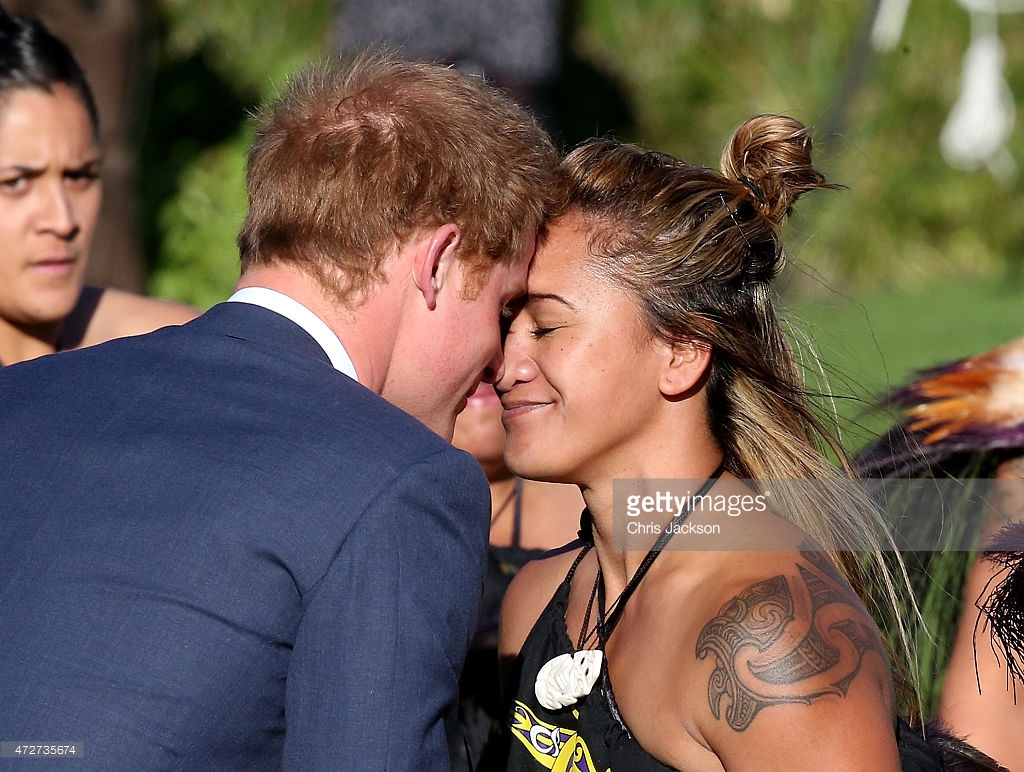 Prince Harry has just begun his tour of Aotearoa and has started in Wellington where he’s been officially welcomed at Government House. Here he spent time with local school children and according to Stuff recieved his first hongi of the trip.

A Wero was performed by Thomas Vela, and Prince Harry accepted the dart that was placed on the ground before him.

A Karanga welcomed the prince to Government House before The Royal New Zealand Defence Force Tri-Series Maori Cultural group performed a haka for him.

So, does it even matter? Tikanga dictates that we welcome him and show him respect as manuhiri. But as a continuing symbol of the colonial oppression that has undermined Te Ao Māori – what is his place? Do we maintain our ties to the monarchy, we know our thoughts but what are yours?

17 thoughts on “Should we care about Prince Harry?”