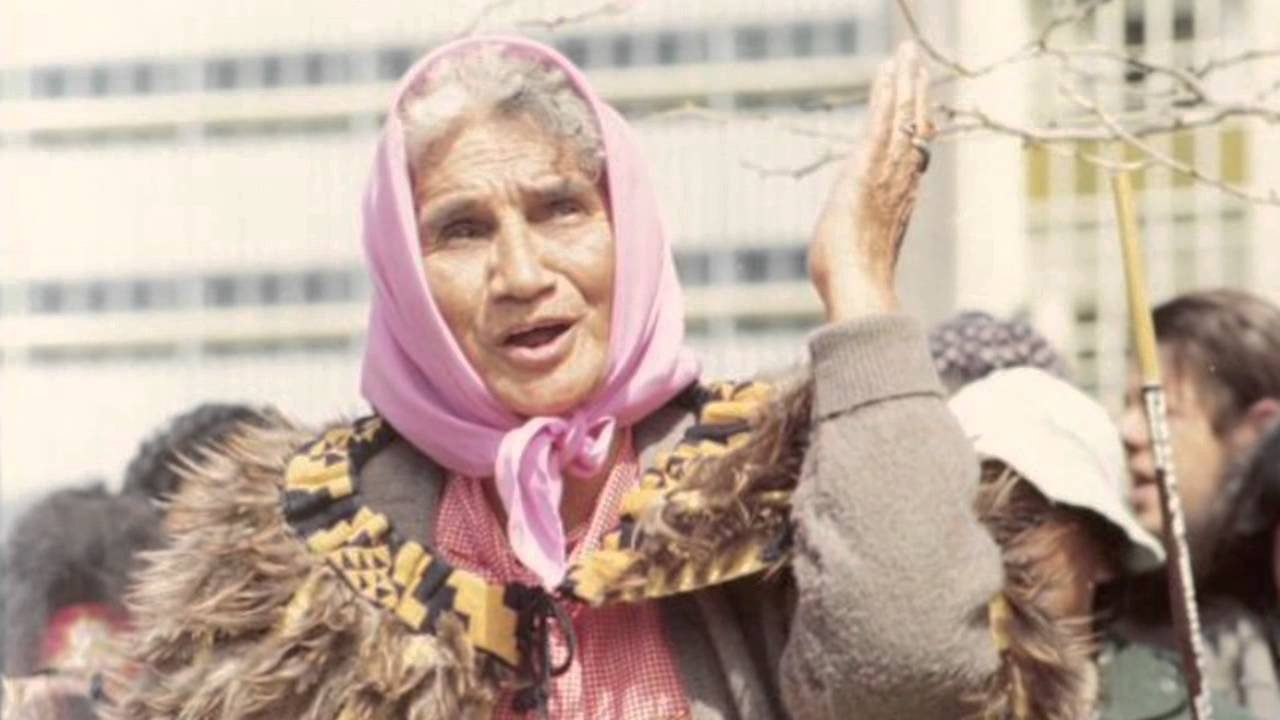 She was the face of the great Māori land march.

Today marks 40 years since Dame Whina Cooper left the tip of the North Island, hand in hand with her mokopuna, to march to Parliament in protest at Māori land alienation.

Behind Dame Whina was an army of organisers, including renowned activist and Northland kuia Titewhai Harawira.

Whaea Titewhai said Dame Whina was the best choice to led the people from Te Rerenga Wairua to Parliament in 1975, and the march was one of the greatest movements she had been involved with.

She had worked alongside Dame Whina in Auckland as part of a group knocking on doors, looking for homes for Maori who had been forced out of the rural areas to work in the cities.

Dame Whina was “very strong willed and believed in fighting for things that benefited Maori,” said Mrs Harawira. She didn’t care who was in power, but believed that not one more acre of land should be alienated from Māori without Māori consent, and this was a kaupapa she wanted to look at.

The hikoi was in doubt many times as local councils tried to stop the group passing through their towns and cities, she said. It was not just the councils; politicians tried to prevent the hikoi and the Minister of Māori Affairs threatened to close down marae.

[quote_center]”Whina came right back on all the media and she said close them, we’ll camp outside those marae and we’ll shame them,” said Mrs Harawira.[/quote_center]

“So we left Te Rerenga Wairua and we thought all the marae would be closed and we were prepared for that.

“But when we arrived at every marae people were there in their numbers to welcome us and feed us, to show us where the local creek was to bathe people’s feet, to provide Rongoa Maori to those who weren’t feeling well,” said Mrs Harawira.

She remembers marchers having to train with the military before crossing the Auckland Harbour bridge; one step in front of the other to avoid too much sway.

While the hikoi was supposed to be on foot, but as the march came down the motu (island) more and more elderly people were joining. Organisers did not want to discourage kaumauta and kuia, so they allowed vehicles, and ended up with elderly from every marae along the way.

The hikoi arrived at Parliament on 13 October 1975, nearly a month after marchers left the Far North.

Mrs Harawira said people ask what the land march did and how many people got their land back.

“What it did was to wake the Māori nation up. The first kaupapa that came out of that was Bastion Point, then Raglan, then other land issues throughout the motu – there was a huge awareness that developed out of that land march for our people, young and old.”

Mrs Harawira said she had huge respect for Dame Whina who had tenacity to hang on to things Māori. She also acknowledged Carmen Kirkwood, Dame Whina’s secretary, without whose work “the hikoi wouldn’t have got off the ground.”

After the land march another hikoi marched around the East Coast, a testament to Dame Whina’s mana.